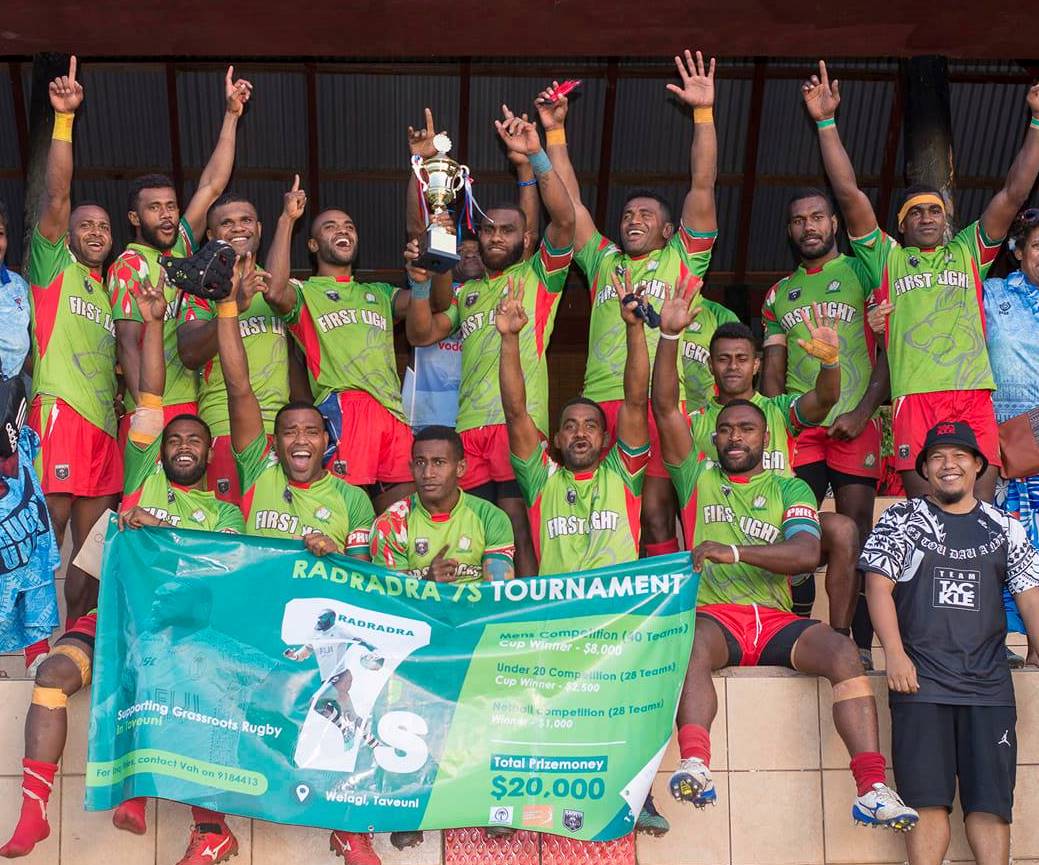 FIRST Light Taveuni is the champion of the inaugural Radradra rugby sevens tournament after they defeated Army LFC 17-0 at the Welagi school grounds today.

First Light scored three tries, one in the first spell and two in the second half.