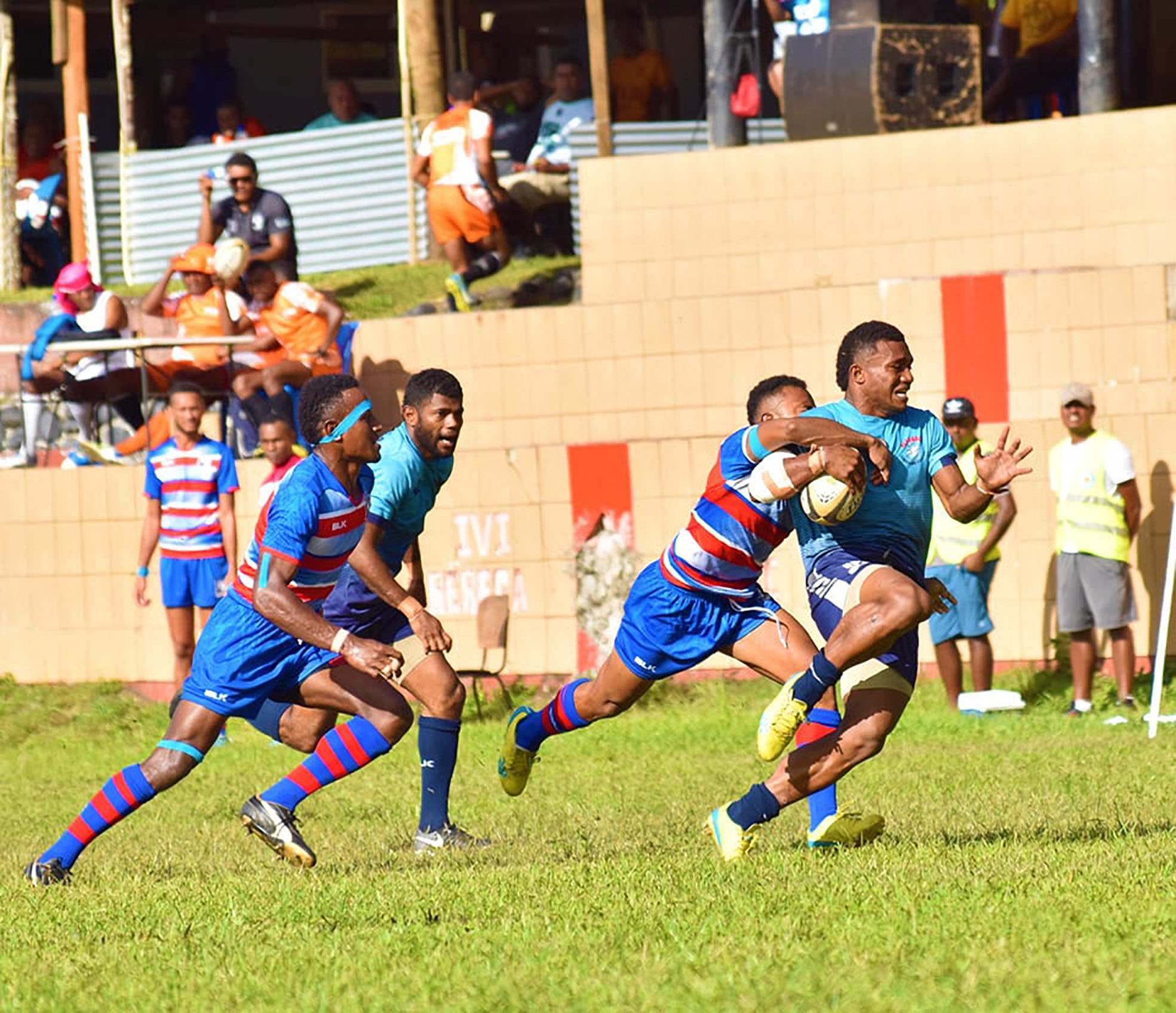 Tomasi Mara of Somosomo Sharks on the attack during the first day of the Radradra Sevens at Welagi, Taveuni yesterday. Picture: JONA KONATACI

TWENTY-four teams competed on the first day of the inaugural Radradra 7s tournament and about 800 spectators gathered to witness four under-20 matches and eight senior men’s teams open the much-anticipated event on Taveuni.

Tournament director Sakiasi Veitogavi said the excitement had just begun as they expected more crowd in the next two days.

“Today’s games were just an introduction to what is coming up in the next few days and the games will get tough and an opportunity for the people of Taveuni to witness some of Fiji’s finest rugby players compete,” said Veitogavi.

“Most people in Taveuni have only seen these players on national television but now is an opportunity to see them in real action on their home island.

“I guarantee that more spectators will gather for the next few days at Welagi Village ground.”