Race 3: Race to the nearest exit 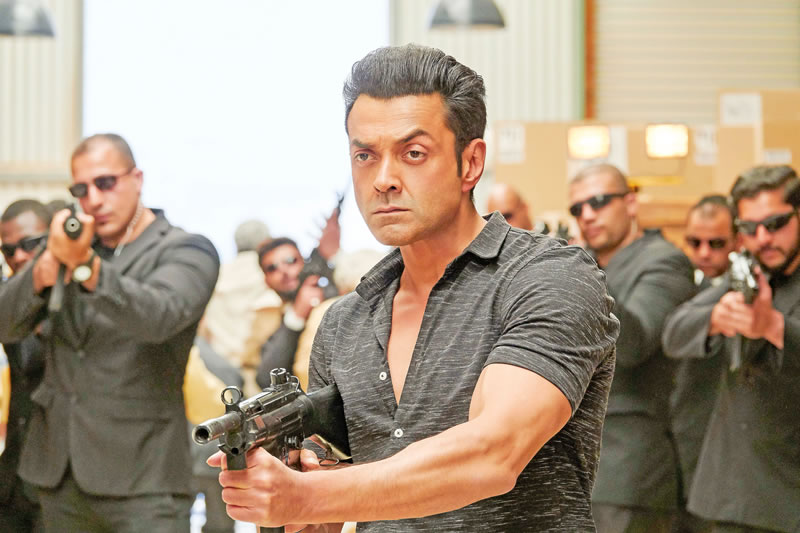 There are two pehlus to this film too — first, it is atrocious and second, it will mint money at the box-office nonetheless.

Khan’s superstardom has reached such a high that even one of his worst outings in the past decade, Jai Ho (2014), has done R100-crore-plus business at the box office. In the last few years, I have watched every single Salman Khan film at Gaiety — home turf of Bhai’s die-hard fans. When Khan made his entry in Race 3 flying across Abu Dhabi, the theatre broke into a rapturous applause. But as the film progressed, there was an uncanny silence in the theatre. The only time I could hear the whistles again was in the climax scene where Khan steps out of his car with a bazooka in his hand, and later, when he rips off his t-shirt and shows off his six-pack abs. Be it Tiger Zinda Hai (2017) or Ready (2011), personally, I have enjoyed Bhai’s brand of cinema, but I have to say Race 3 isn’t Salman-y enough.

He dotes on Sikku — a fact that irks his kids, Sanjana (Daisy Shah) and Suraj (Saqib Saleem) no end. Just like the previous two instalments in the franchise, Race 3 too sees family members at loggerheads for the control of business. We also have Bobby Deol who works for Khan, and Jacqeuline Fernandez who is first Khan’s girlfriend, then Deol’s and then Khan’s again. You get the drift…

Race 3 will be taught in film schools, year after year, when they’re conducting the “How to Make a Really Good Bad Film” lecture. Director Remo D’Souza, now all set to deliver yet another hit, had a simple brief in mind: to make a hotch-potch of Hum Saath Saath Hai and Dhoom!

Of the supporting cast, Saleem gives a new meaning to hamming. Helping him is his on-screen sister Shah, who looks like a pretty wax doll and is introduced to the audience as a “bold, smart and adventurous.” Just when you thought nothing could surpass “My business is my business, none of your business,” she comes up with another gem: “Isko dil nahi, Dell khol ke dikhao.” A minute-long silence for the dialogue writers of the film. All you’ll remember of Fernandez is the pole dancing and her catfight with Shah. Kapoor and Deol are the only ones who bring some merit to the table.

As usual, Khan plays to the gallery but doesn’t look particularly pleased about doing it, wearing a deadpan look throughout. The lesser said, the better about the predictable twists in the actioner.

But I am intrigued to know what Abbas-Mustan, who helmed the previous two parts, thought of this one. Never were the men in white so sorely missed!