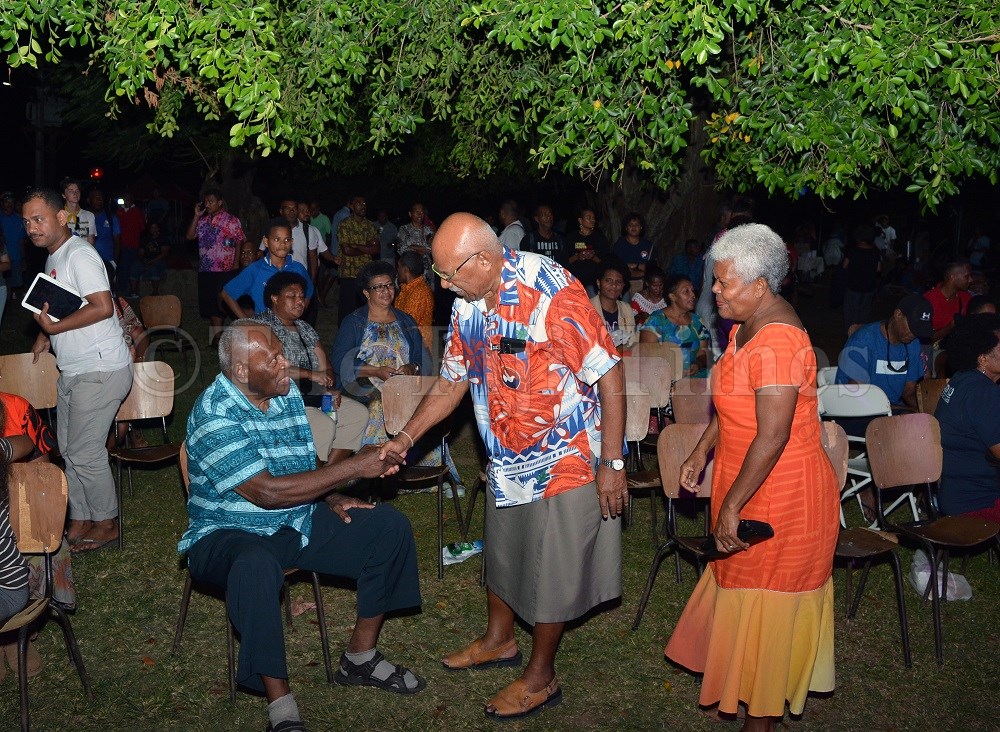 The People’s Alliance party leader Sitiveni Rabuka says he will have another go at this year’s election in a bid to “make things better for our children, grandchildren and great grandchildren”.

The former prime minister said this during a rally in Nadi over the weekend.

“I had to listen to many tales of sorrow and hardship then I remembered we are in Nadi — where the first lot of workers were very suddenly laid off, they lost their livelihood,” the veteran politician said.

“I came here tonight I saw these young people on stage, I know that my great grandchildren are there watching me now and I realised somebody’s got to do this, somebody has to endure listening to these stories of hardship and work out a way where we can make things better for our children, our grandchildren and great grandchildren.”

Mr Rabuka said that was the reason he decided to contest the 2022 polls.

He told the people of Nadi that he heard stories from young people in the West and it encouraged him to have another go because young Fijians needed a leader who would fight for them and their future.

The former prime minister was engaged in a number of events in Lautoka over the weekend including one with the youths of Natokowaqa.