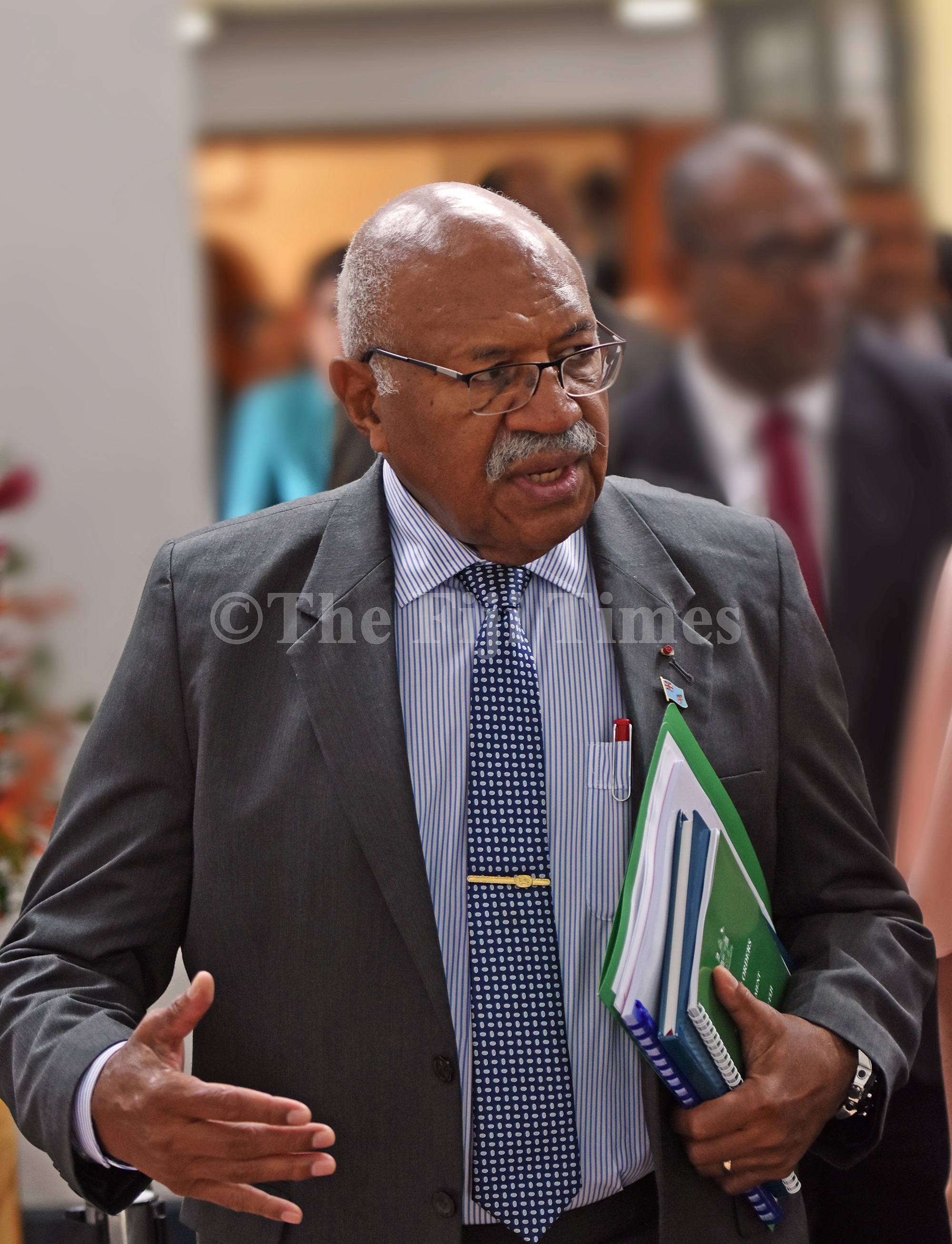 OPPOSITION Leader Sitiveni Rabuka is planning to table a petition in Parliament next week over the Fijian Elections Office’s decision for voters to present their original birth certificates to confirm voter details.

The petition titled “Peoples’ petition to protect the right to vote” opened for signature yesterday.

Mr Rabuka said there was public outcry and concern over the decision that voters were required to renew their Voter ID cards and married women were banned from using their husband’s surname unless they changed their name by deed poll.

“As I stated earlier this week, the legal basis for expiry of the card, and for only registered names to be used, the ban on use of husband’s surname by married women is still unclear and the people must be assured that they can still vote with the Voter ID card in 2022 and future elections, rather than being denied the right to vote,” he said.

Government had a responsibility to ensure citizens could exercise their right to vote as recognised in international law and guaranteed for Fiji citizens under the International Covenant on Civil and Political Rights (ICCPR), which Government had ratified, he said.

Yesterday, Mr Saneem reiterated comments in a statement he released earlier this week that the name of a person on the birth certificate was the only approved name that would be printed on the person’s VoterCard.

He said it was in compliance “with the Births, Deaths and Marriages Registration Act, 1975”.

“Therefore, as per the requirements of the 1975 law, any person that wishes to include additional names, must first follow the legal procedure and thereafter furnish the FEO with the deed poll or a duly issued new birth certificate from the registry,” he said.