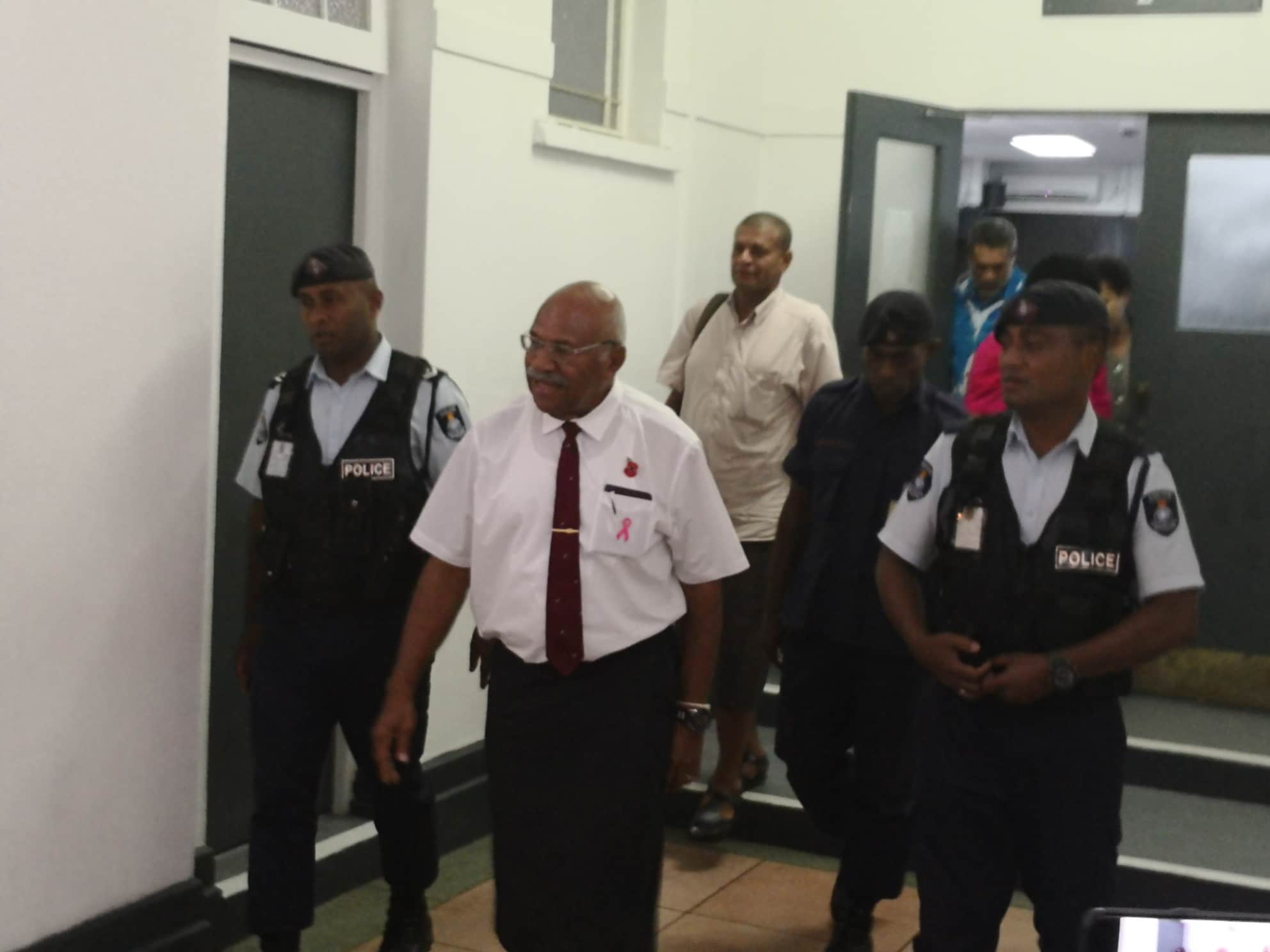 FORMER Prime Minister and SODELPA leader, Sitiveni Rabuka was served with the appeal petition and notice of call by the Fiji Independent Commission Against Corruption (FICAC) at Nacavanadi Village in Savusavu, Vanua Levu last night.

This was highlighted by Suva lawyer, Filimoni Vosarogo who appeared for the respondent, Mr Rabuka in the appeal case between FICAC, the appellant and Mr Rabuka at the High Court in Suva this afternoon.

While addressing Justice Anthony Gates, Mr Vosarogo said the service of the petition and notice was improper on two grounds which were, the service was not made giving Mr Rabuka three clear days’ notice as required by the rules from date of service to date of call over and the service was effected at 6:17pm, which is also in breach of the rules that require service of court documents to be effected between 8am and 5pm.

He argued that the appeal should take its normal course and that is, the appeal period of 28 days should expire before a hearing date is set.

“This 28 days period is stipulated in Part 15 of the CPA,” Mr Vosarogo said.

He said there is no special circumstance that warrants a quick hearing of the appeal and should there be any proposed by FICAC, it needs to be argued as a preliminary issue to the substantive appeal.

Meanwhile, Rashmi Aslam who had appeared for the appellant said under the Section A of the Electoral Act, the court is compelled to take a prompt decision with relation to a charge under the electoral law.

He also informed both parties that an oral hearing will be heard on November 8 at 10am.