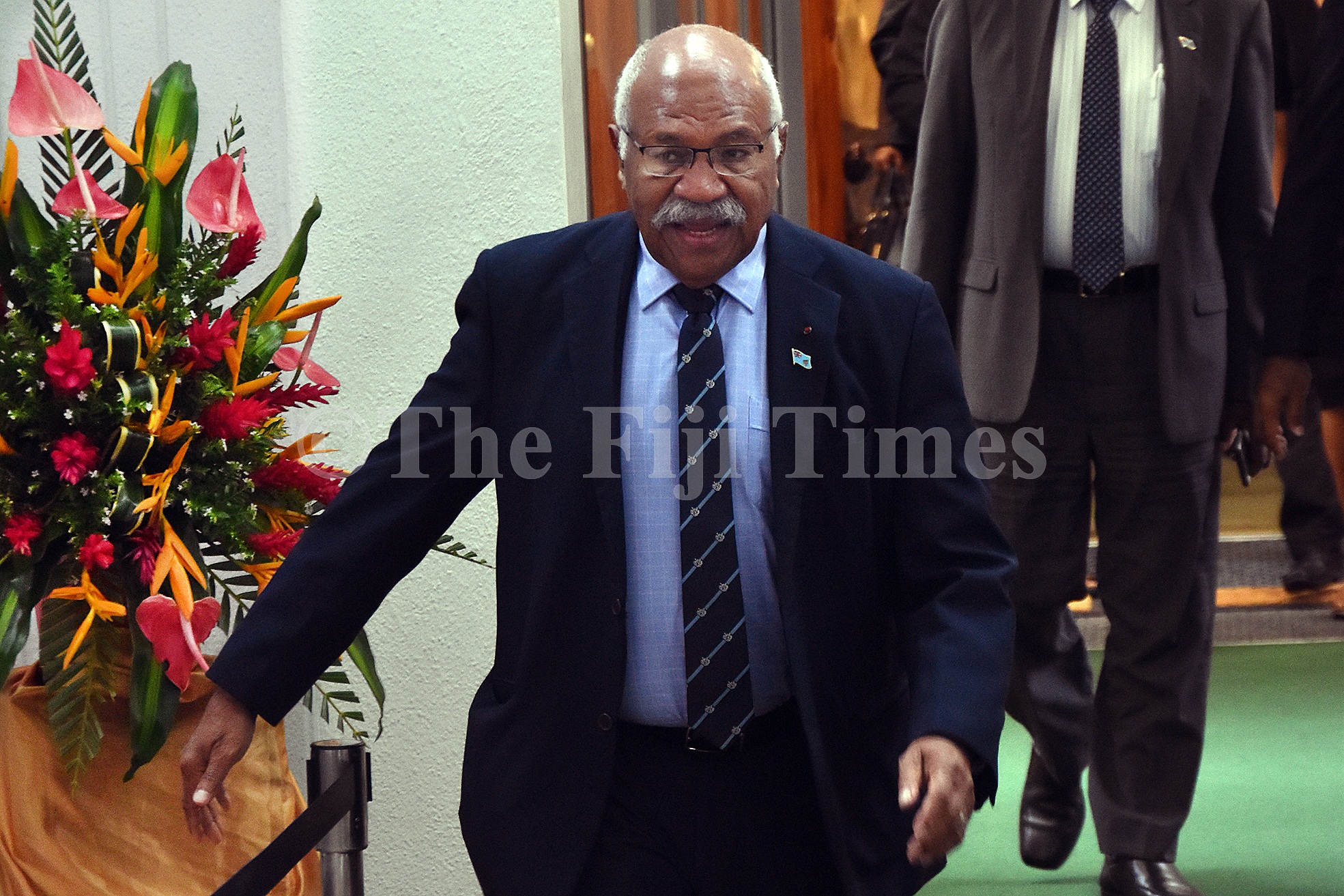 LEADER of Opposition Sitiveni Rabuka has refuted claims that a meeting with MP Pio Tikoduadua and Prime Minister Voreqe Bainimarama had a “hidden agenda”.

Instead, he said the meeting was purely a genuine attempt for reconciliation between the two former military men.

Mr Bainimarama had alleged that Mr Rabuka wanted to be seen as the “statesman”.

“I didn’t have a hidden agenda, it was all open,” Mr Rabuka said. Mr Rabuka said he did not try to be a “peacemaker” but to resolve the issue between the two.

“I did not try to be a peacemaker; I just tried to resolve an issue.”

In a ruling delivered on Monday, Speaker of Parliament Ratu Epeli Nailatikau referred both matters involving Mr Tikoduadua and Mr Bainimarama to the Parliamentary Privileges Committee.

He said this was done for further scrutiny and in accordance with the standing orders of Parliament.

Mr Tikoduadua claimed he was allegedly assaulted by Mr Bainimarama on August 9.

Before that, Mr Bainimarama claimed in Parliament that Mr Tikoduadua had personally attacked him.