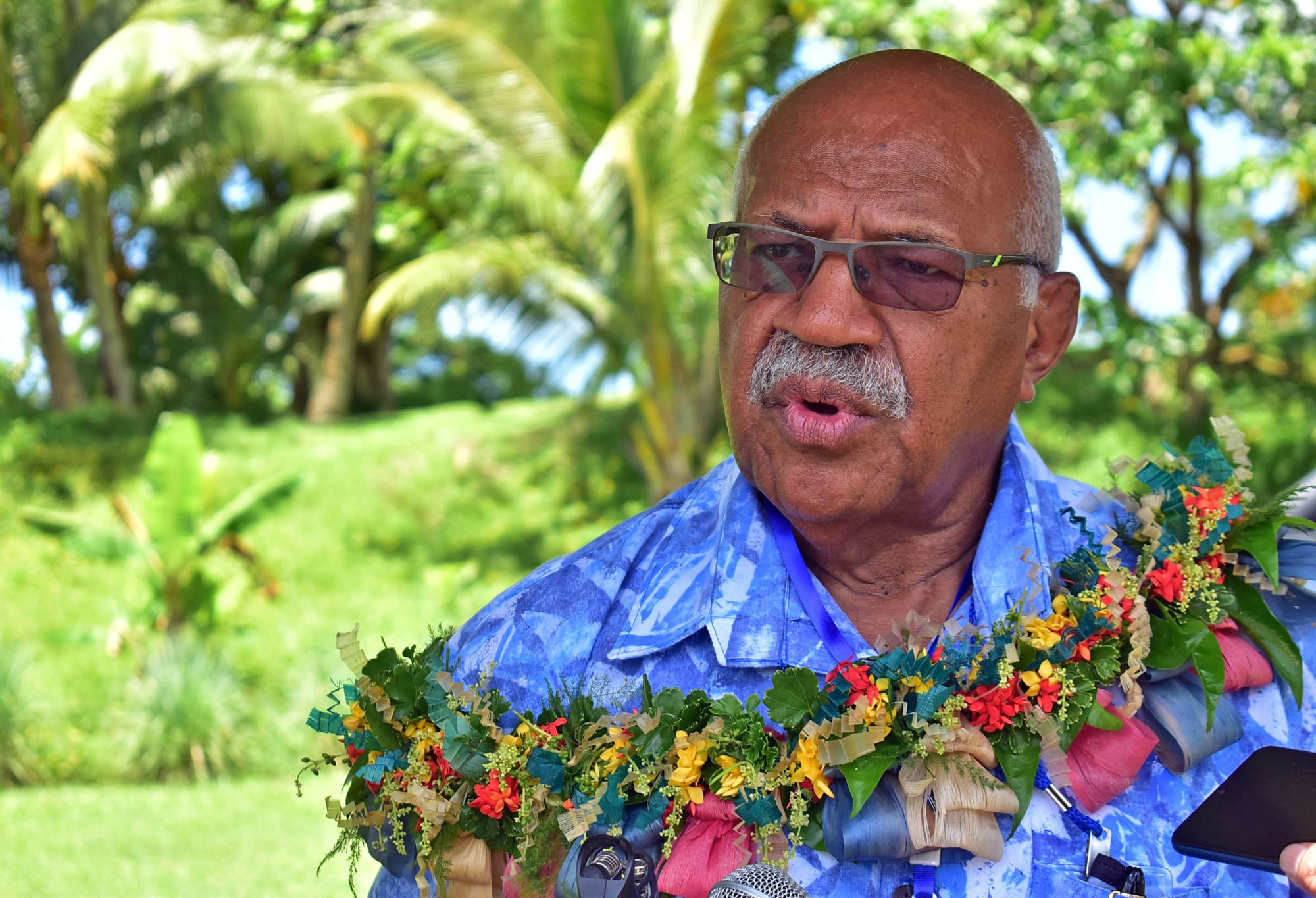 People Alliance Party leader Sitiveni Rabuka speaks to the media during an interview outside the Kalabu village hall in Naitasiri on Saturday, March 05, 2022. Picture: JONACANI LALAKOBAU

Mr Bainimarama arrived back into the country on Wednesday after an absence of almost two months because of heart surgery in Melbourne, Australia.

The former prime minister said preparation for the general election was progressing and they would pronounce their 55 candidates during the party’s annual general meeting on March 26.

“I saw his pictures (Mr Bainimarama) that he has arrived back into the country,” Mr Rabuka said.

“We thank God for healing him and I am ready to take him on.

Mr Rabuka said plans for the next general election they had been discussing since the party was officially launched would be consolidated during the AGM.

“We have received 150 applications and I am one of the applicants, so I cannot release any information about the applicants because it’s before the party secretariat.

“Right now I do not know who have applied, but all I know is that I had applied.”

He said they were banking on the youth to make an impact in the general election.

The PM also posted on social media thanking Fijians for their prayers.