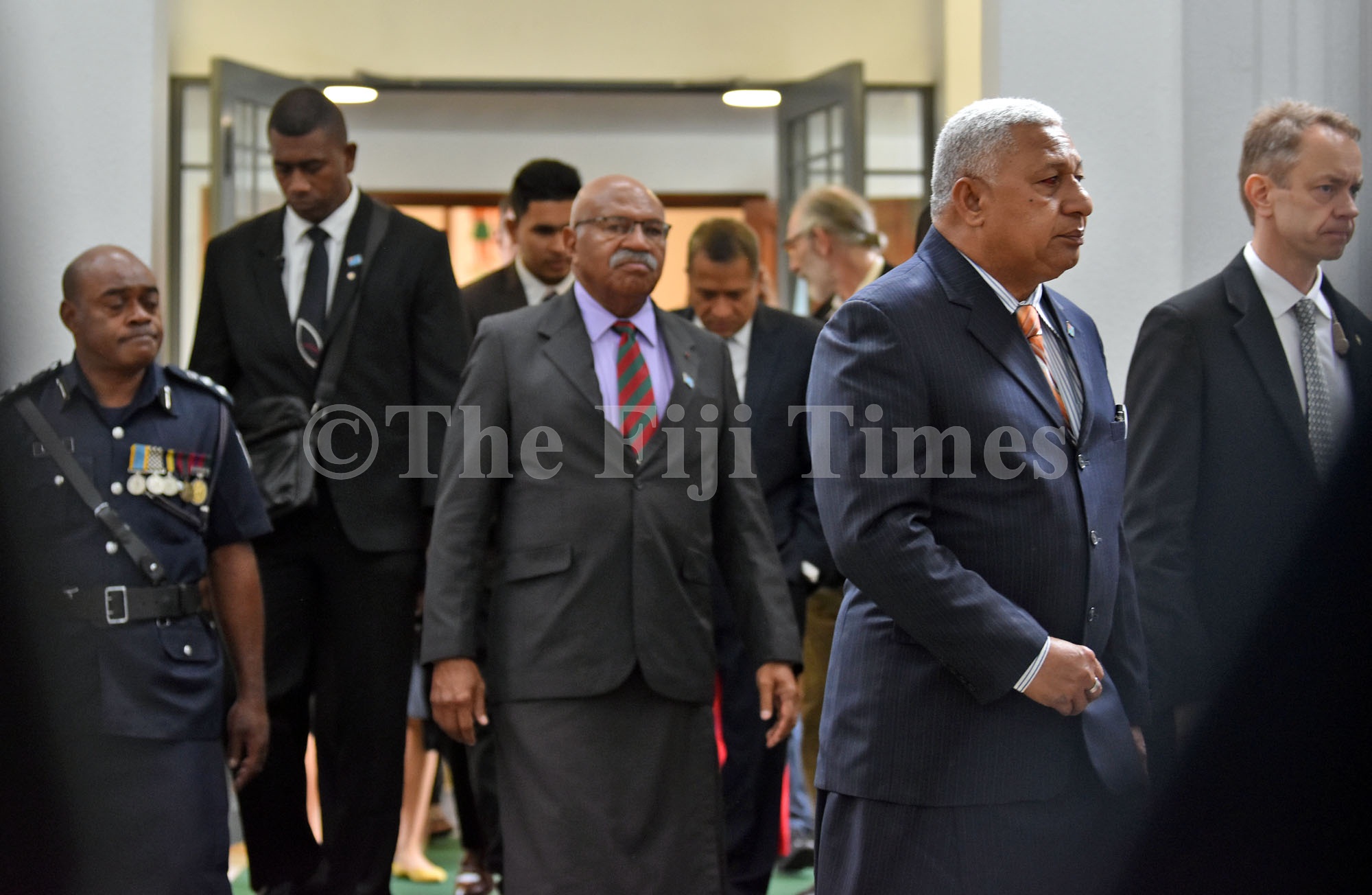 Prime Minister and Minister for iTaukei Affairs Voreqe Bainimarama followed by Opposition leader Sitiveni Rabuka during break between sessions at the Parliament complex in Suva on Thursday, May 16, 2019. Picture: JONACANI LALAKOBAU

OPPOSITION leader Sitiveni Rabuka yesterday lodged a complaint against Government to the Fiji Independent Commission Against Corruption (FICAC) for failure to comply with Government financial procurement procedures in appointing consultants to the restructuring of Rewa Co-operative Dairy Company in 2010.

Mr Rabuka said the procedures were laid out in the 2005 Finance Instructions issued under the Financial Management Act in 2004.

“The Court of Appeal and High Court judgment in (the case of) Aliz Pacific vs Attorney General confirms that on 27th April 2010, Cabinet decided to award the Rewa Dairy restructure consultancy contract to Aliz Pacific,” he said in a statement issued yesterday.

“However, the 2005 Finance instructions require a competitive public tender for all expenditure over $50,001 and this was not done.”

Mr Rabuka said he also referred FICAC to a court judgement involving the non-tender of a contract for a clock for Post Fiji Limited which he said “clearly laid out the legal elements of the offence of abuse of office.”

“I urge FICAC to do its duty without fear or favour,” Mr Rabuka said.

“I have also asked FICAC to formally respond to me with a report of their investigation.

“The people of Fiji want to trust the promise and constitutional provisions of equality, that the law is applied equally to everyone in Fiji, for justice must be done and seen to be done.”