Rabuka: I am staying 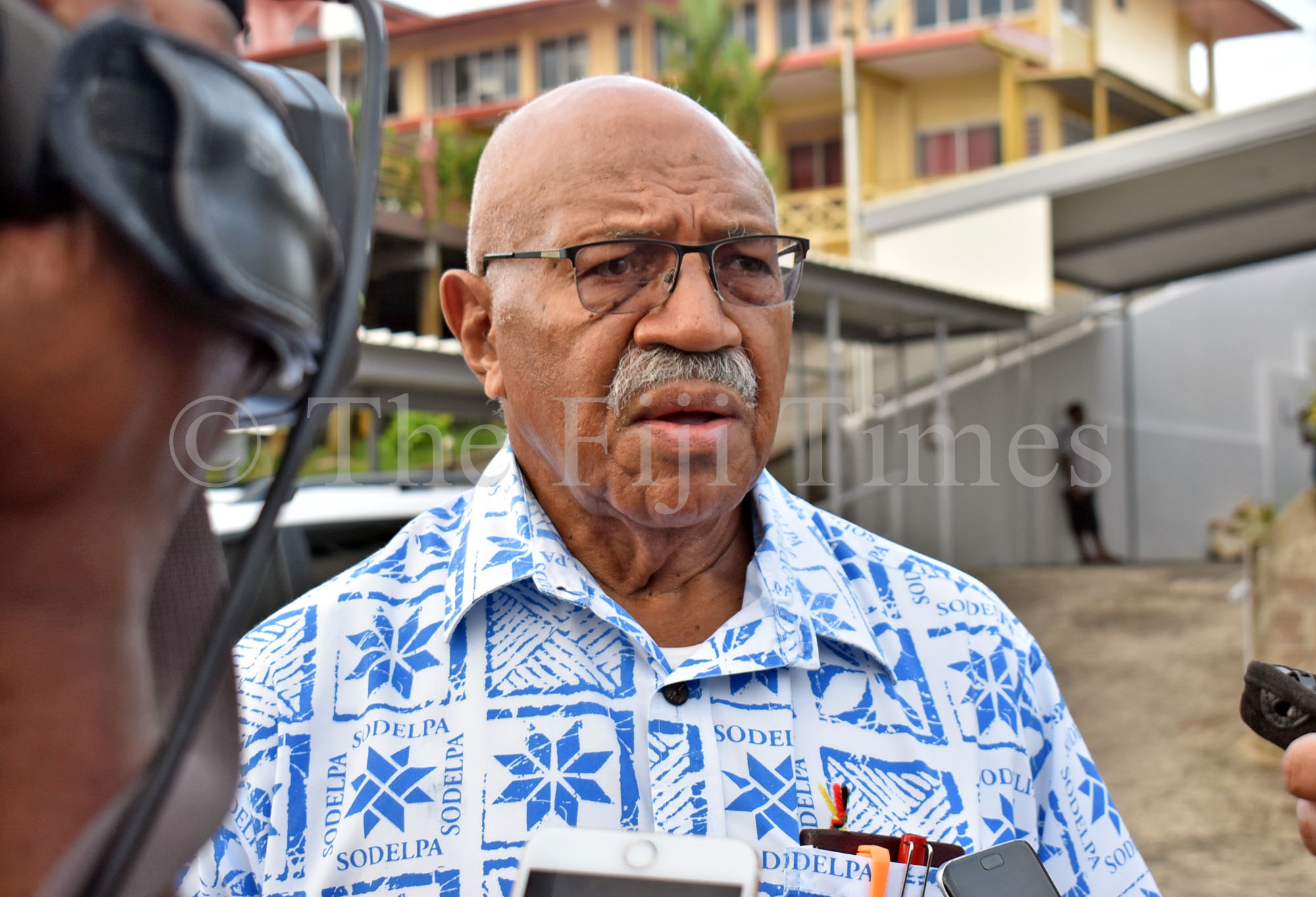 “I am staying with SODELPA.”

That’s the word from party leader Sitiveni Rabuka, who said he would not abandon a boat that had been “righted”.

He said the lifting of the party’s suspension on Monday was a victory for SODELPA.

“It’s a big lesson on the disadvantages of disunity and great lesson on living on nothing,” the former prime minister said.

Mr Rabuka said his next step was to unify the party members and the factions that existed within.

“I will ask them (members) to stay with the party. The party is different from the personalities in the party.”

He said the party must rise above personal differences.

“The party must rise above personal differences and continue to do that because so many people are relying on the principles of the party which has greatly changed from the days of the nationalistic politics in Fiji.

“Even the image of SODELPA as an ethno-nationalistic party is a wrong one and some people did not come on board because they thought I was still the nationalist I was branded in 1987.

“They failed to realise the 1997 Constitution was achieved with the co-operation of the National Federation Party and the Fiji Labour Party in opposition.

“The 1999 General Election was fought with the National Federation Party as a coalition. My prime ministership was supported by the Fiji Labour Party in 1992.”

He said it was a big change from the image he had in 1987 because of the unfortunate background and profile given to him as a coup leader of that year.

“So the image of the person, my image has not changed much, but a lot of people do not realise that I have changed and the party I stand for is a very progressive and forward looking, forward thinking political party.

“I do not want to make too big an entry into the public media at the moment because it is still dominated by those who feel that they have won the battle.”

He said the party needed to make sure all its decisions in the future complied with the regulations and the law.