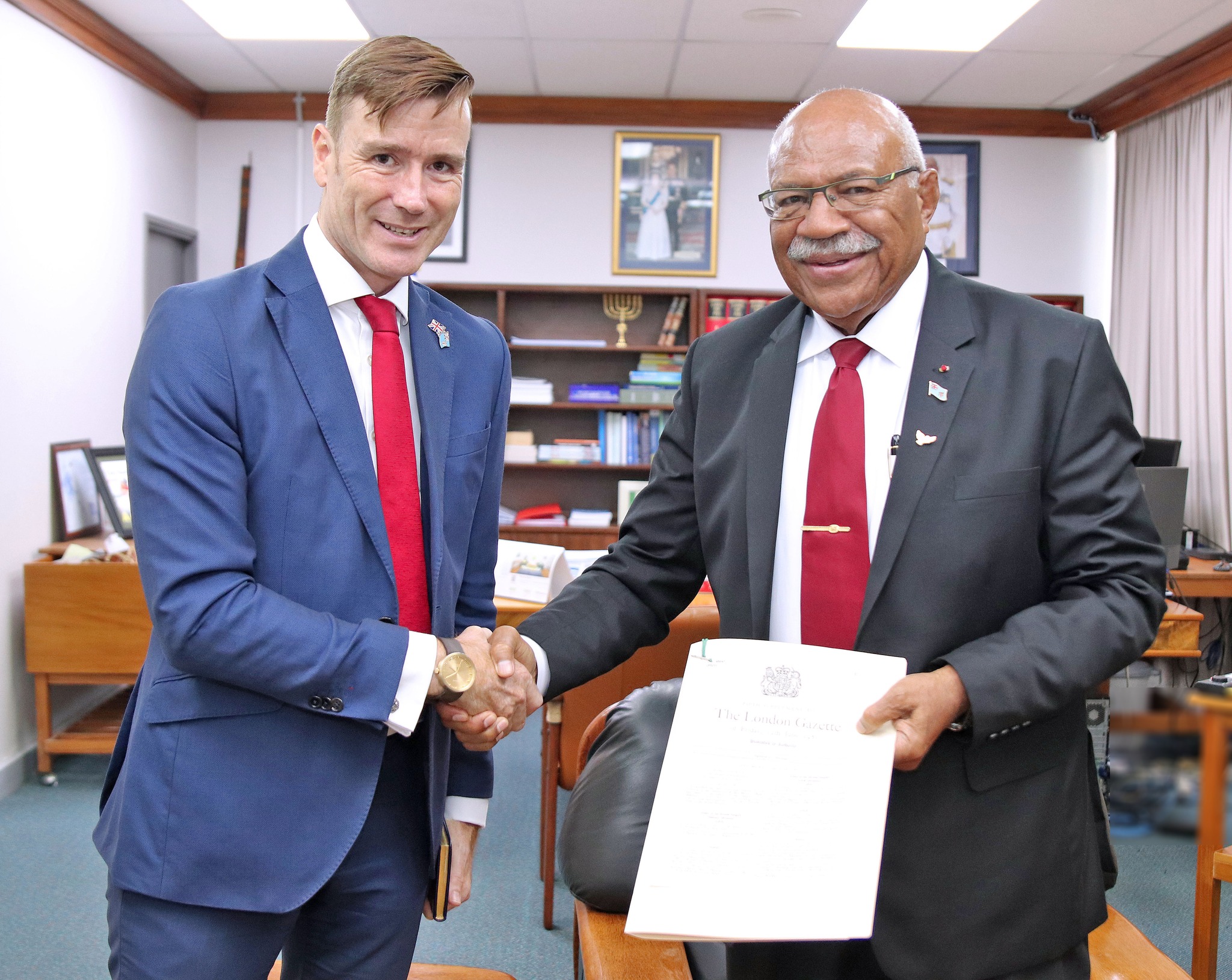 OBE officer is recognised as the most excellent and highest ranking order of the British Empire awards.

Mr Rabuka said he was honoured to receive the London Gazette and thanked the United Kingdom for the special recognition accorded to him.

He said Fiji and the United Kingdom share profound history and values, which signifies the shared commitment to accomplish climate resilience, economic prosperity and a sustainable future.

On behalf of the Government and the people of Fiji, Mr Rabuka extended his earnest appreciation to the United Kingdom for supporting Fiji through numerous initiatives which, has benefited the communities in Fiji and the Pacific.