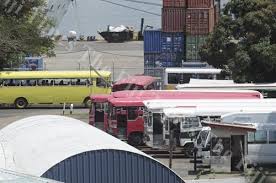 He said the collapse in recent months of at least three bus operators reflected the lack of vision of the Bainimarama Government in the transport industry.

“While good sense has prevailed as the HFC Bank stepped in with a lifeline to Dominion Transport Ltd allowing it to resume operations, this is a stopgap measure and Government must review its policy mix in totality to ensure the survival of the vital bus industry,” Mr Rabuka said in a statement.

“While I commend the HFC Bank for stepping in to assist the ailing Dominion Transport Ltd with an injection to its cashflow that enabled Dominion to resume services, the fact remains that lack of support, low subsidy levels and assistance to bus companies, grant of licences to minibuses and trucks, and the operation of illegal operators have resulted in the difficulties that bus companies face.

“The assistance from HFC is a stopgap measure and Government must review its policies in totality to prevent further endangerment of the vital bus industry.”

He added the introduction of minibus licences was to address the niche requirements of travel.

“Past governments had put in place facilitating policies to keep the bus industry viable and profitable because of its necessity to the nation.

“Such measures as duty-free entry of tyres and parts, and chassis were put in place to help the operators.”

The former prime minister said the financial crisis in the industry highlighted the deficiencies of the e-ticketing system.

“The complications of the eTransport system are also laid bare in this collapse – travellers simply are not travelling because they cannot afford the minimum $2 card when one-way cost is only 70 cents.

“It is often cheaper and faster to travel on minibus or trucks because they use a cash system whereas this is a crime on buses with a minimum $150 fine for travellers who try to use cash or who do not have their receipts.”