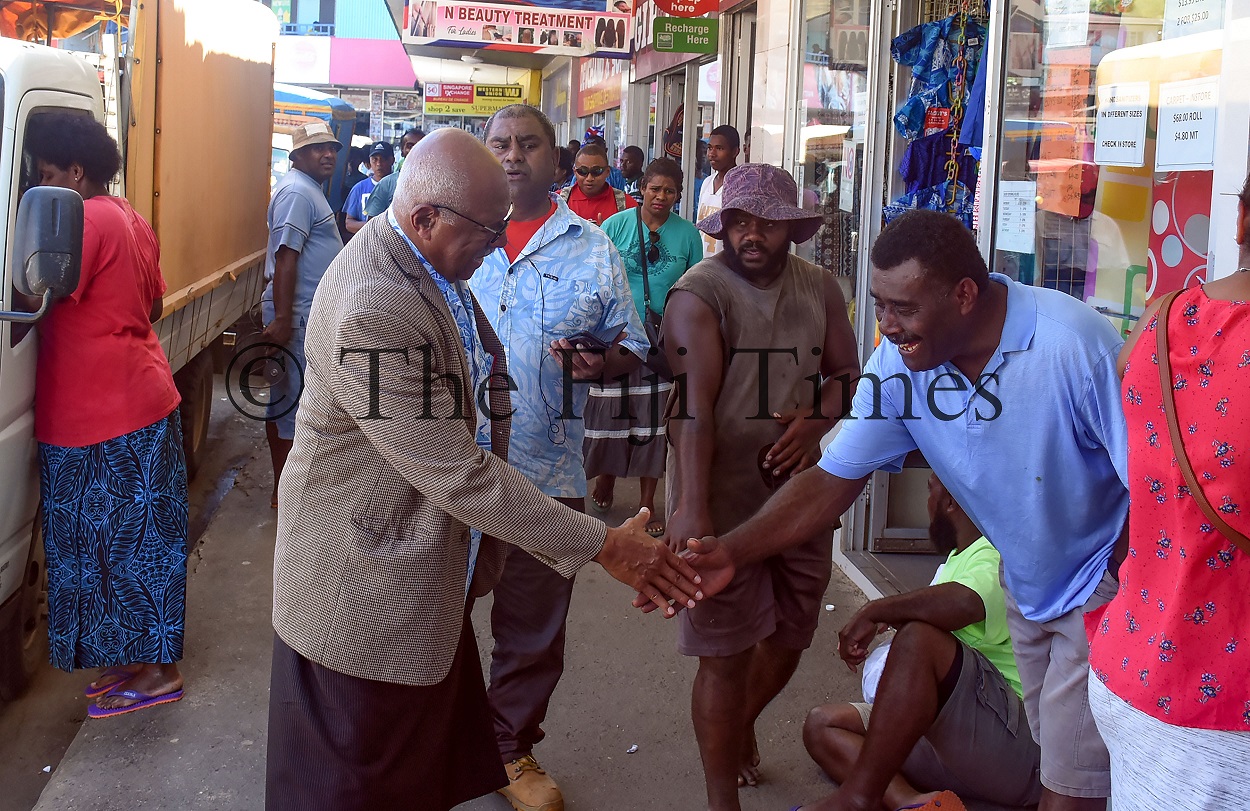 Opposition Leader Sitiveni Rabuka says Government would be in a better position to respond to grassroots people’s issues, if they went out and listened to them.

He made the comment at the Parliamentary Opposition Leaders’ Listening Tour of the Western Division which began in Sigatoka yesterday.

Mr Rabuka said meeting grassroots people was important because it helped them gauge how government services fared this year.

He said touring with other Opposition members, including National Federation Party leader Prof Biman Prasad, was vital to their objective.

“We’ve come to the end of Parliament for one year and the next session would be on November 30, and it’s important to know how we or how Fiji has done over the last year,” he said.

“It’s been a very difficult year.

“We had to start with passing a COVID Response Budget and then we had the regular budget so we want to know the impact of these two budgets.

“And it’s important that we also find out the effect of what is happening globally on the local economy.”

Mr Rabuka said their first meetings had revealed the harsh realities on the ground and how Fijians were coping.

“Things have been difficult and people are persevering.

“They are doing as well as they can with what little they have.”

He said the four-day tour would also allow Opposition members to meet stakeholders from various sectors.

“So we will be looking at the economy from various perspectives — from the market side and from the producers side because we’ve already looked at it from the Government side while we were discussing the budget.”

The two leaders were in Nadi today.