Rabuka: Fiji PM should have informed the people of his absence 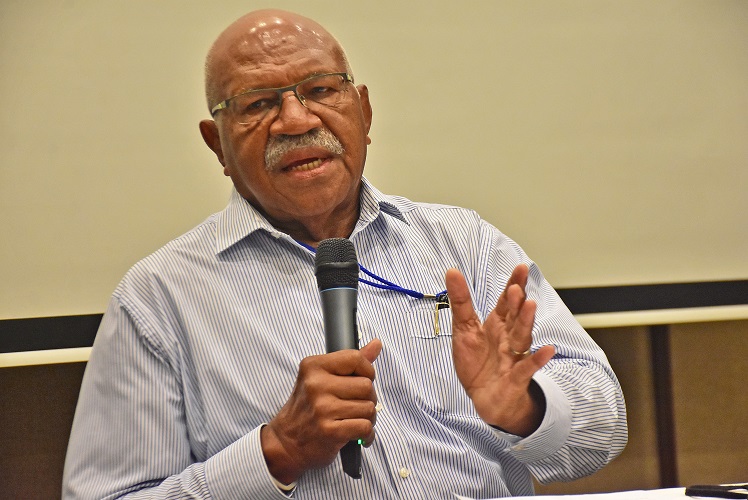 The People’s Alliance party leader Sitiveni Rabuka says Prime Minister Voreqe Bainimarama should have informed the people of Fiji before leaving the country, and he should have also announced who would act as PM in his absence.

He made the comment at a news conference in Suva yesterday.

Mr Rabuka said Mr Bainimarama, as the Prime Minister, should have made an official announcement to Cabinet and also nationally if he was not in Fiji.

“There should have been an announcement if the Prime Minister was not here,” Mr Rabuka said.

“They should have announced before he left the Cabinet.

“And the Prime Minister informs Cabinet I’m going away for two weeks and in my absence, so and so will be acting PM.

“We need to be confident that the leaders are speaking to us and not listening to this minister, whose portfolio is totally different from health, talking to us about health or another minister talking to us with a different portfolio talking about another portfolio.”

Questions sent to the PM’s office and to PM’s permanent secretary Yogesh Karan on the comments made by Mr Rabuka remain unanswered when this edition went to press.