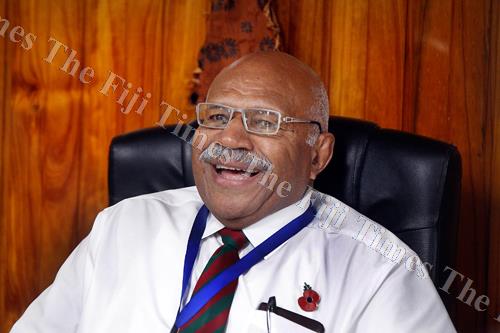 VOTERS who support the Social Democratic Liberal Party (SODELPA) must be prudent at stage and vote for another SODELPA candidate, says party
Sitiveni Rabuka.

He stressed this yesterday during an interview with this newspaper after a question was raised to him on whether postal voters should still tick the number 530 when they received their ballot papers.

“My advice to them at this time when they are not sure is to exercise their better judgment and stay with the party,” Mr Rabuka said.

“Hope for the best but plan for the worst and the worst case is if I’m disqualified and in this case the prudent thing to do is to vote for another  candidate, that is prudent.”

Mr Rabuka said the question on which SODELPA candidate that the party would be promoting next rests with the party’s management board.

“It is very important that we have something clear going out to the members before the postal ballot voters cast their votes and also before the pre-polling date polls are taken.

“The implications are so wideranging and complicated that a clear directive from the management board needs to go out.”

Mr Rabuka also added that all candidates in the party were capable of leading the party into the general election.