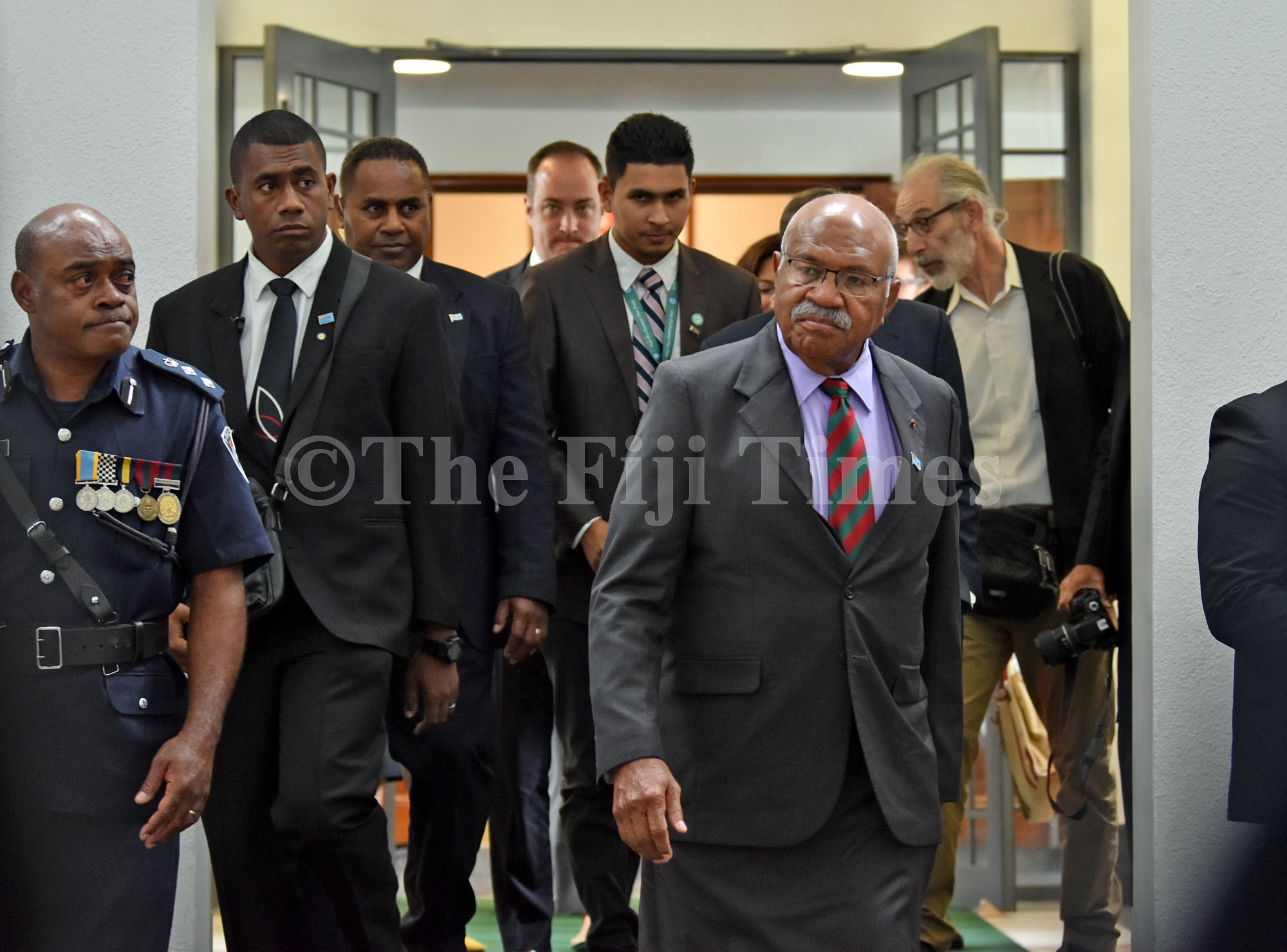 Opposition leader Sitiveni Rabuka during break between session at the Parliament complex in Suva on Thursday, May 16, 2019. Picture: JONACANI LALAKOBAU

OPPOSITION Leader Sitiveni Rabuka has demanded the convening of a meeting of the Constitutional Offices Commission “to discuss the many pressing issues under its mandate”.

Mr Rabuka claimed the Commission has never been convened since the new Parliament was sworn in on November 26, 2018.

“Section 132 of the Constitution is very clear,” he said.

“But I have been waiting for the Prime Minister as the Chairperson of the Commission, to convene a meeting for a long time, however, it does not appear to be a pressing concern to him,” said Mr Rabuka.

He said he was very concerned that two key vacancies, also provided for in the Constitution, the Supervisor of Elections and the Secretary General to Parliament have been advertised twice now, with the current incumbents in acting capacities for more than one year.