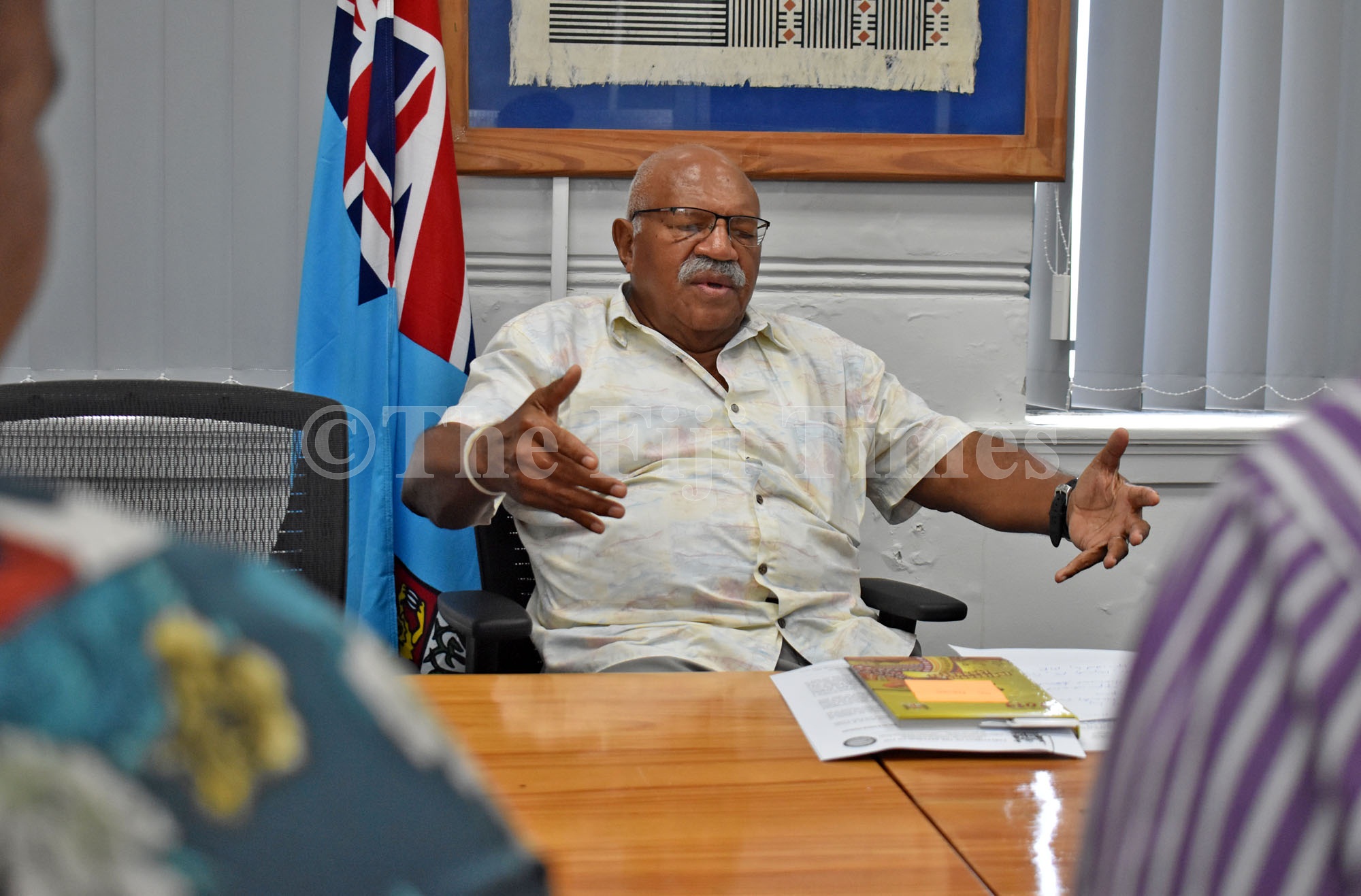 Oppsition leader and former Prime Minister Sitiveni Rabuka during an interview with The Fiji Times in his office at the Parliament complex in Suva on Monday, May 20, 2019. Picture: JONACANI LALAKOBAU

OPPOSITION Leader Sitiveni Rabuka says “Government’s failure to work in partnership with religious and community schools” and “refusal to recognise the special nature of such schools” was “short-sighted and discriminatory”.

In a statement released on Wednesday last week, he said rather than working with communities and religious bodies who owned 95 per cent of schools in Fiji, “the Bainimarama Government continues to inflame tensions in its short-sighted push to appoint heads of schools without consulting the faith-based bodies that own the schools, or the communities which nurture these schools and make up the student and alumni body”.

“The request from the head of the Methodist Church for dialogue and consultation with the Government to reconsider its decision on the open merit in the recruitment of head of schools is a genuine one which needs to be addressed with sensitivity and in good faith,” said Mr Rabuka.

“The request is nothing to do with human rights or discrimination against any person.

“It is a matter of principle and genuine occupational requirement given the nature of these schools, which are faith-based.”

Mr Rabuka said owners of faith-based schools previously had an understanding with the Education Ministry that heads of schools would be practising Christians, because the schools formed part of a faith community.

“Such genuine occupational requirement is recognised in human rights law in other countries, as well as under the Fiji Human Rights Commission Act, as it was enacted by the SVT government in 1999 and its later version by decree in 2009.

“The current Minister for Education under the Bainimarama regime, should learn from history and appreciate backgrounds and origin of education in Fiji.

“Most importantly, she should realise that 95 per cent of the schools in Fiji are not owned by Government, but rather, are built and operated by different civil society organisations, including religious bodies.”