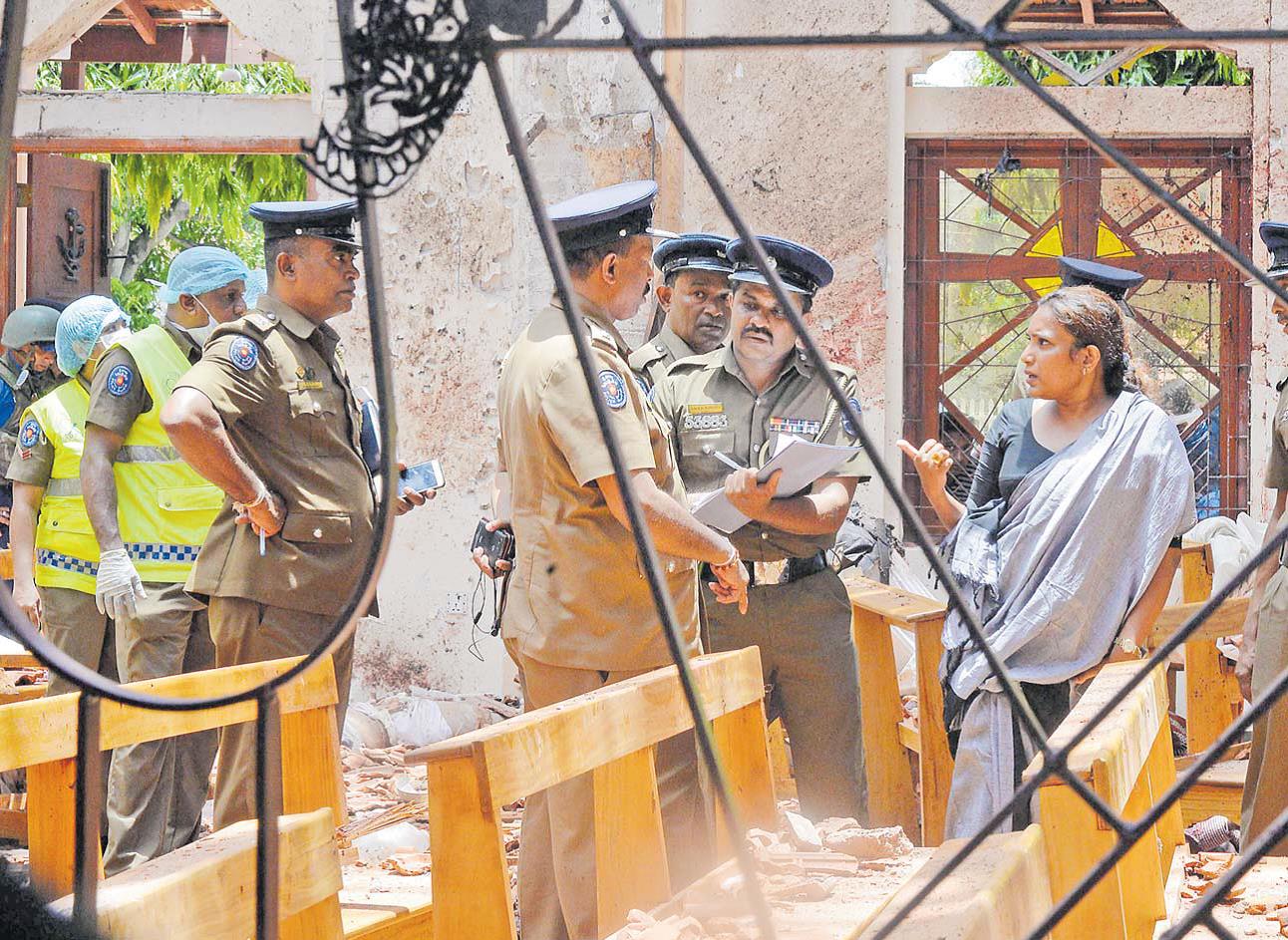 Crime scene offi cials inspect the site of a bomb blast inside a church in Negombo, Sri Lanka. Picture: REUTERS

OPPOSITION Leader and former prime minister Sitiveni Rabuka has condemned the bombings in Colombo, Sri Lanka, which claimed the lives of more than 290 people on Sunday as a despicable act of terrorism.

In a statement issued yesterday, the Social Democratic Liberal Party leader expressed his condolences to the president, prime minister and people of Sri Lanka and especially to the congregants and families who had lost loved ones in the horrific attack.

“It is a really sad day for the people of Sri Lanka, ten years after the end of civil war, to have violence and extremist terrorism rear its ugly head, yet again,” he said.

“The multiple targets and multiple casualty attacks on people at their places of worship and for families enjoying a holiday meal, is yet again, a sad illustration of the tragedy of religious intolerance and hate.

“My heart goes out to the families of those killed in this senseless terrorist attack at this tragic time.

May Almighty God grant you all peace and comfort during this difficult time.”

National Federation Party leader Professor Biman Prasad said he was “deeply shocked and saddened” by the deaths of Christian worshippers in Sri Lankan churches and guests at three hotels in the massacre carried out on Easter Sunday.

“We feel the pain and suffering of those who lost their loved ones or were injured in this barbaric act of terror,” he said.

“We believe this is the third most serious terror attack after 9/11 in September 2001 in terms of loss of life.

“We convey our heartfelt condolences to the affected families and hope and pray the families of the victims find comfort and solace in their hour of grief.” According to international media, 24 people have been taken in by Sri Lankan police for what appeared to be a co-ordinated series of explosions in eight areas — St Sebastian’s Church, Shangri-La Hotel, St Anthony’s Shrine and The Kingsbury at 8.45am.

This was followed by explosions at The Cinnamon Grand Hotel at 8.50am, Zion Church at 9.05am, Tropical Inn Hotel at 1.45pm and one in the suburb of Dematagoda at 2.15pm during a police raid.