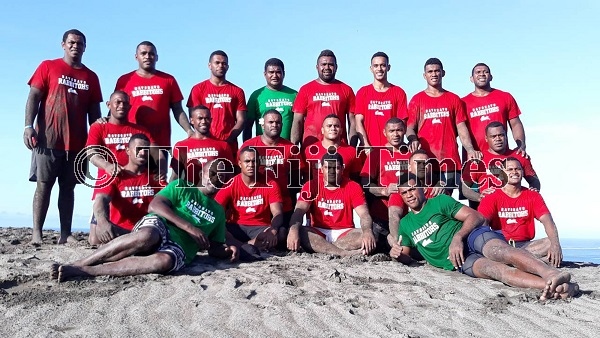 THE Ravoravo Rabbitohs rugby league team has set a high goal of becoming the first team from Fiji to win the Melanesian Club Championship.

The Melanesian Club Championship which started in 2015, is played between the champion clubs from Fiji and Papua New Guinea.

This year the clash will be between the Rabbitohs and defending champions Lae Tigers at Churchill Park, Lautoka on February 29.

The 20-member Rabbitohs squad was named on Tuesday evening with Savenaca Saukuru being handed the captain’s armband.

Six players who are part of the Kaiviti Silktails training squad which is preparing for the coming Ron Massey Cup have secured automatic spots in the team.

The Rabbitohs have been training in the hilly terrains of Sabeto since last November.

The fitness sessions have been tough with players also enduring the challenging Sigatoka Sand Dunes. Rabbitohs coach Sivaniolo Varo said their preparations had been going well.

Varo said there were no injury concerns heading into the final 20-member selection. “The training started last November with 64 players,” he said.

“There was a two-week break for the players during the festive period last year.

“It resumed last month. Three weeks ago a trial was held and the squad was reduced to 30 players.”

In the 2017 edition, the Tigers trounced Nadi Aviators 40-4 at Lawaqa Park in Sigatoka while last year the Tigers beat the Aviators 38-22 at the National Football Stadium in Port Moresby. Varo said the team would march into camp at the Melanesia Hotel in Namaka on Sunday.

“Rugby League is the national sport in PNG so it will be a tough match,” he said.

“We will give it our best shot with an aim to win the title this year.”