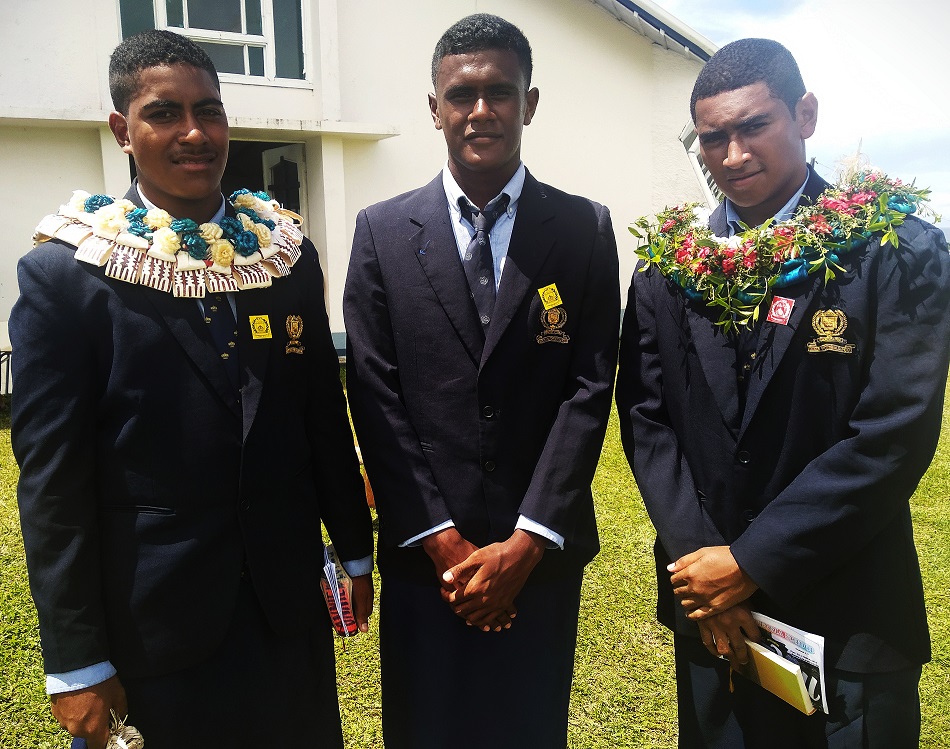 THREE senior students of Queen Victoria School who have lost their fathers were among 48 students appointed as senior prefects at the school’s chapel in Tailevu yesterday.

Oneata lad in Lau, Allan Qaranivalu, 18, said it was a proud moment for his mother who had been the family breadwinner after his father passed away while he was in Year 10.

“I know this is a huge role for me as a student of this prestigious school. This is a platform to train my leadership skills as I set my goals in achieving my dream career to become a naval officer after completing tertiary studies,” Qaranivalu said.

“For students out there, we should remember that everything happens for a reason. Don’t let any circumstances stop you from achieving great things in life. I survived the trauma of my father’s sudden passing and even the damage left by Tropical Cyclone Winston, I didn’t let it deter me from achieving more in school,” he said.

“This is not an easy task for me because I am also mourning the death of my father. I hope to make him proud one day and he was my role model because he was a hardworking man,” Waqatairewa said.

“We should always remember that one day our parents will no longer be there for us so it is very important that we work hard in school in case something happens, we are able to be independent without relying on other people to provide for us.”

Vugalei lad in Tailevu Asaeli Saumaka, 18, shared similar sentiments saying as the eldest of four siblings, it was his responsibility to step up to his father’s role as an exemplary role model.

“I want to become a lawyer in the future. I lost my father when I was in Year 9 and since then, I’ve encouraged myself not to depend on anyone but to work hard,” he said.