QVS to take on Marist in cricket final 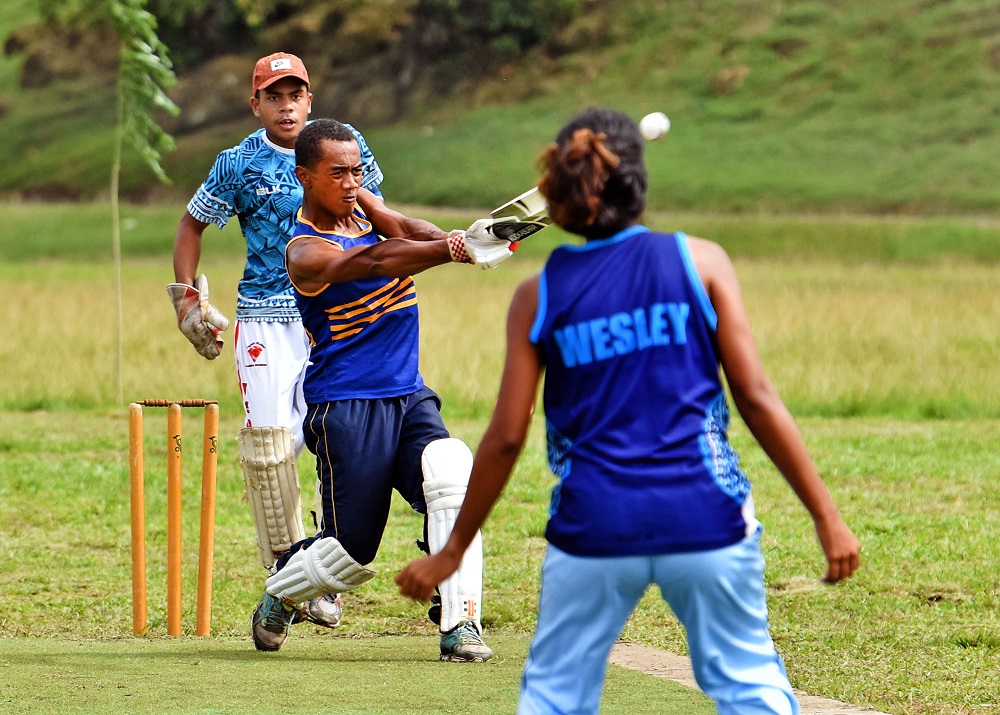 Queen Victoria School will go head-to-head against Marist Red in the Cricket Fiji Secondary Schools Southern Zone competition final after the completion of the semi-finals at the Nukuvuto ground in Tailevu yesterday.

Marist Red took on Nasinu in the first semi-final match where they won by 10 wickets.

Nasinu batted first and scored 40 runs with a fall of 7 wickets all out in 7.1 overs.

Ezekiel Hughes took three wickets with Cecil Browne two, Save Tamani and Jazray Browne with one each.

Marist Red then batted and scored 41 runs in 6.3 overs to overtake Nasinu’s score of 40 runs.

Save Tamani top scored with 18 runs and Jazray Browne with eight.

In the second semi-final, QVS went up against William Cross High School.

QVS batted first and scored 52 runs with a fall of 6 wickets.

William Cross then batted and scored 36 runs all out.

John Wesley batted first and scored 57 runs with a fall of four wickets.

Joeli top scored with 17 runs, Filimone 11, Malani eight and Diana with one.

RKS then batted and overtook John Wesley’s score of 57 with one ball to spare.

Netani was the top scorer for RKS with 11 runs followed by Tagilala with nine.

Anare was not out with seven runs.

The two teams did not play due to the fact that the pitch was unplayable.

The match is expected to be played on Tuesday to determine who will face-off with RKS in the plate final.

Meanwhile, Nasinu will take on William Cross in the third-place playoff.