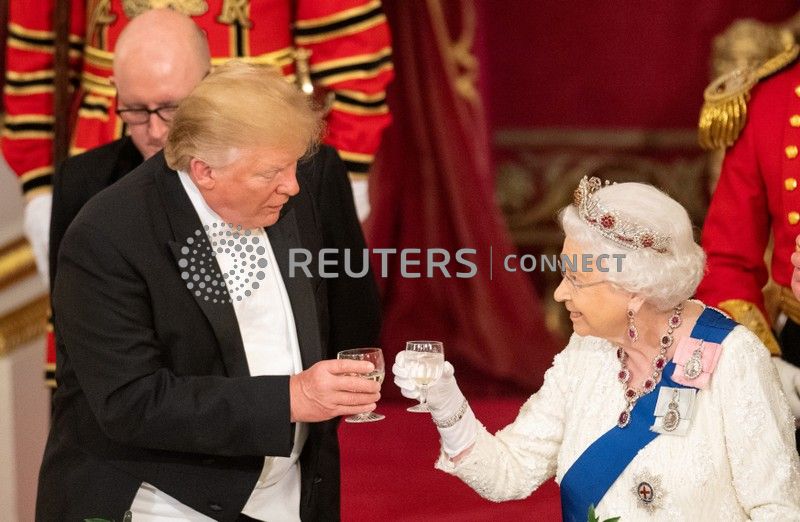 U.S. President Donald Trump and Britain's Queen Elizabeth raise their glasses to make a toast at the State Banquet at Buckingham Palace in London, Britain, June 3, 2019. Dominic Lipinski/Pool via REUTERS

LONDON (Reuters) – Queen Elizabeth gifted Donald Trump a book by Winston Churchill on World War Two whilst Melania received a specially commissioned silver box with enamel lid during the visit by the President and First Lady of the United States to Britain.

The book written by the former prime minister Winston Churchill, who led Britain during the conflict, is crimson with gold-tooled decoration to the outer cover.

Trump will commemorate the 75th anniversary of the World War Two D-Day landings during his three-day stay and has already been treated to a display of British royal pageantry during a banquet on Monday.