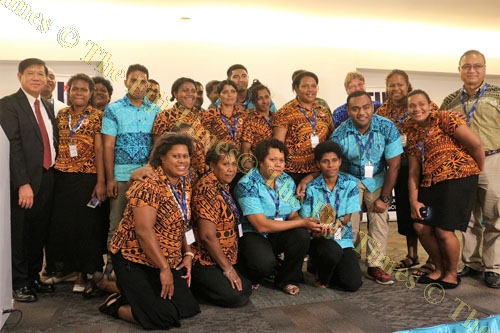 FUTURE Farms Ltd has once again been recognised as the country’s quality poultry producer when the company was awarded the National Quality Champions for the second consecutive year.

Trading as Rooster Poultry, the Ba-based company’s hatchery department was given the gold certification at the National Convention on Quality held in Pacific Harbour.

Company general manager Stanley Raniga said being declared the National Quality Champions again was a result of a passionate organisation having a culture to encourage innovation and for people to own the company’s business processes.

“This is people engagement at an exceptional level,” he said. “It’s leadership with a touch of excellence.

“It’s a product laced with quality, people excellence and exceeding on meeting our customer needs.

“The win is dedicated to all employees in the company who are part of the wonderful process year on year.

“The company recorded a unique employee index of 9.85 during its 2017 Employee Engagement Survey based on the Fiji Business Excellence Framework, which is exceptional within Fiji and even abroad.”