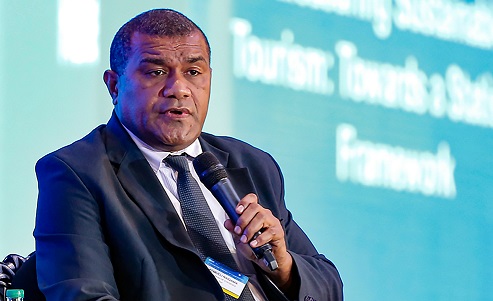 He made this statement following the wide debate on the release of the report.

He said statisticians are qualified data experts. He said the survey was a statistical report on poverty and one needed to wear a “statistical lens” to understand how to tackle poverty-related issues.

“We cannot pick up on one or two variables like race and religion separately from other issues and think that one is addressing or dealing with poverty,” he said.

“I have discharged my responsibility as a trained statistician to the best of my ability without fear and as a neutral civil servant.

“We have to embrace all contributing variables of poverty and collectively allow all stakeholders whether it’s the government, private sector, Civil Society Organisations, religious bodies, or international agencies to identify their responsible thematic areas, provide the necessary budgetary allocation and intervention programs to reduce and eliminate poverty.

“This way we all contribute in achieving SDG Goal 1 ‘No Poverty’ and the global theme of ‘Leaving No One Behind’ as Fiji becomes a healthy and wealthy nation come 2030.”

Meanwhile, his minister, Attorney-General and Minister for Economy Aiyaz Sayed-Khaiyum on September 14, criticised the Fiji Bureau of Statistics for releasing the 2019-2020 Household Income and Expenditure Survey (HIES) with ethnic and religious data.

He said Government challenged the reliability of the statistics.

“This is supposed to be the Fijian Bureau of Statistics, giving us accurate statistics, but such a basic thing they got wrong,” he said.

Mr Sayed-Khaiyum dismissed Mr Naiqama from his position on September 15 for not complying with the Statistics Act.