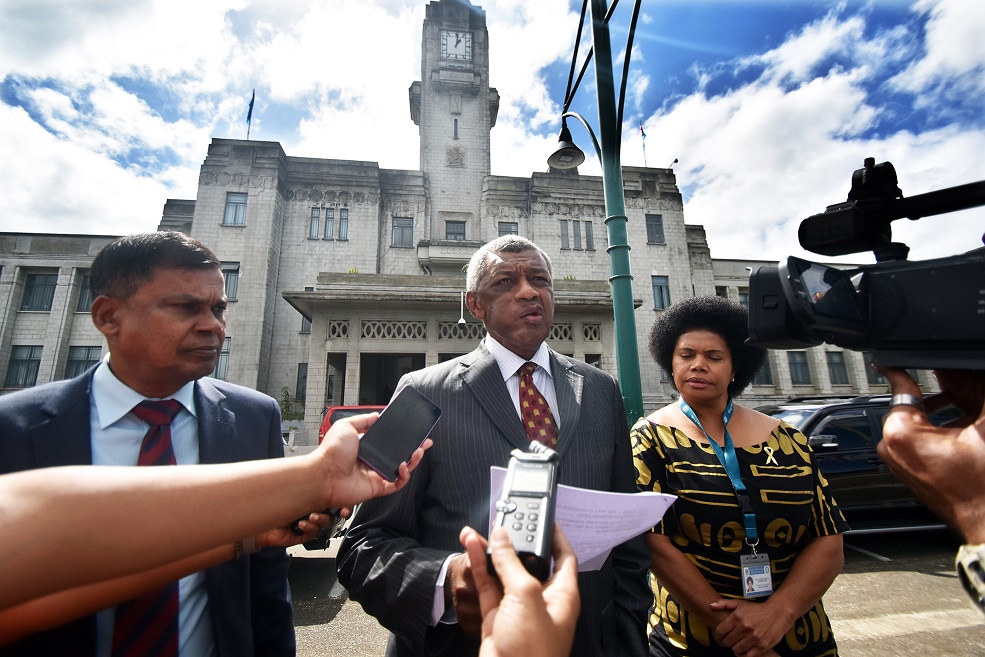 THE claims of assault made by the National Federation Party (NFP) member of Parliament Pio Tikoduadua against the Prime Minister, Voreqe Bainimarama, is before the Speaker of Parliament and the Fiji Police Force, says Attorney-General Aiyaz Sayed-Khaiyum.

Mr Sayed-Khaiyum said at a press conference that they also heard other witness accounts and the Government would let due process take its course.

Commissioner of Police Brigadier-General Sitiveni Qiliho said he was not in a position to make any comment.