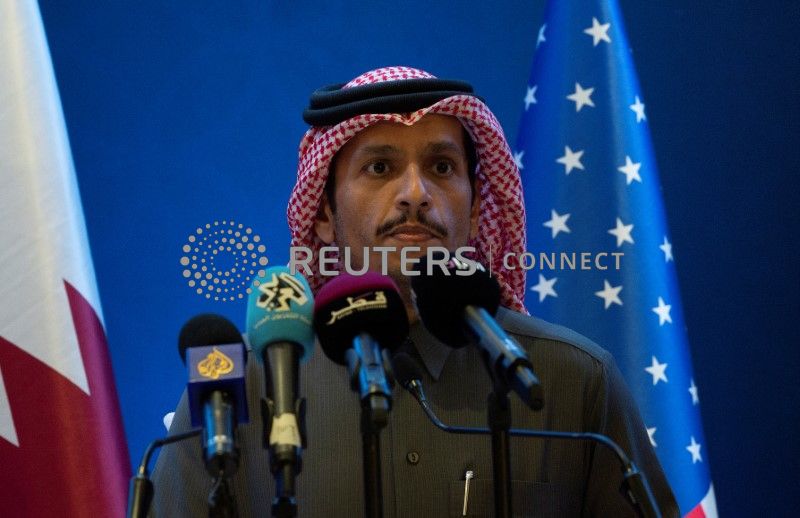 DOHA (Reuters) – Qatar’s foreign minister said on Monday that he saw no need to re-open an embassy in Damascus, nor any encouraging signs for a normalisation of ties with the government of President Bashar al-Assad.

Foreign Minister Sheikh Mohammed bin Abdulrahman Al Thani also said Qatar still objects to Arab League membership for Syria, which was suspended in 2011 over the government’s violent response to protests at the start of what turned out to be an almost eight-year-old war.

Some Arab states, including ones that once backed rebels against Assad, are seeking to reconcile with him after decisive gains by his and allied forces in the war.

“Since day one Qatar had reasons for which it supported suspending (Arab League) membership and those reasons are still there, so we do not see any encouraging factor,” Al Thani told a news conference.

The United Arab Emirates re-opened its embassy there last month and Bahrain said its embassy, and the Syrian mission in Manama, had been operating “without interruption”.

U.S.-allied Gulf Arab states were the main regional backers of armed groups opposed to Assad, providing finance and weapons, acting largely as part of a support programme for the armed opposition coordinated by Washington.

Saudi Arabia and Qatar had the most prominent roles, while Emirati support has been associated with groups opposed to Islamist domination of the uprising, rebel sources in the region have said.

After nearly eight years of war, Assad has recovered control of most of Syria with support from Russia along with Iran – Saudi Arabia’s arch-enemy – and Iranian-backed Shi’ite Muslim groups such as Lebanon’s Hezbollah.

President Donald Trump said on Sunday the United States was starting the military pull-out from Syria that he announced in December but that it would continue to hit Islamic State fighters there.