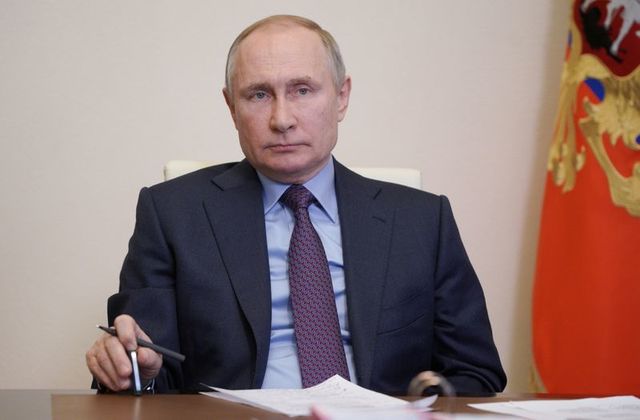 FILE PHOTO: Russian President Vladimir Putin attends a meeting dedicated to the production of vaccines against the coronavirus disease (COVID-19) via a video conference call at the Novo-Ogaryovo state residence outside Moscow, Russia March 22, 2021. Sputnik/Alexei Druzhinin/Kremlin via REUTERS

The United States left the Open Skies arms control and verification treaty in November in one of Donald Trump’s final acts as president. Washington accused Russia of violating it, something Moscow denied. Russia said in January it would also withdraw from the treaty.

Kremlin spokesman Dmitry Peskov on Tuesday said one of the reasons behind Russia’s planned withdrawal was that the United States was still able to receive information acquired through the Open Skies treaty from its NATO allies.

Putin on Tuesday submitted a document to the State Duma, the lower house of parliament, proposing that Russia exit the treaty, filings on the Duma website showed.

For laws to be enacted, they must pass through the Duma and the Federation Council, the upper house of parliament, before being signed by the president.

Leonid Slutsky, head of the Duma’s foreign affairs committee, said he was confident of the bill’s safe passage and said parliament would “unreservedly support” Putin’s proposal.

“All the procedures for withdrawing from the treaty should be completed by the end of May, we will definitely not drag it out,” Slutsky said.