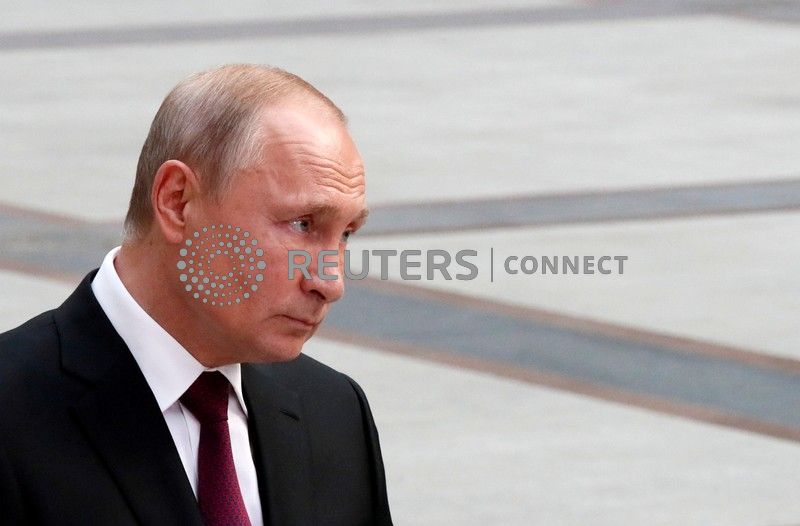 OSAKA (Reuters) – Russian President Vladimir Putin said on Saturday he wanted to improve ties with Britain after they were strained by the poisoning of a former Russian spy on British soil, but said Prime Minister Theresa May was taking a tough line on the issue.

Putin met May at the G20 summit in Osaka on Friday. May’s office said she asked Moscow to hand over the Russian suspects Britain blames for poisoning a former double agent and his daughter with a nerve agent in Salisbury, England last year.

Russia has repeatedly denied any involvement in the case. Putin confirmed he and May had discussed the issue but provided no details other than denying that Russia has ever had any aggressive intent with regards to anyone.

“She expressed her position in a rather tough manner, yes, this is true,” Putin said of his meeting with May on the sidelines of the G20 summit, but added that the meeting was “a small, but positive step in the right direction”.

“I am convinced we need to restore full-scale relationships,” Putin told a briefing.