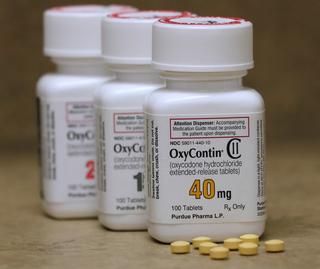 NEW YORK (Reuters) – OxyContin maker Purdue Pharma LP reached a tentative agreement with some plaintiffs to resolve litigation over its alleged role in fueling the U.S. opioid crisis and plans to tussle with states opposing the settlement offer in bankruptcy proceedings as soon as next week, people familiar with the matter said.

On Wednesday, lead lawyers representing more than 2,000 cities, counties and other plaintiffs suing Purdue, along with 23 states and three U.S. territories, were on board with an offer from the company and its controlling Sackler family to settle lawsuits in a deal valued at up to $12 billion, the people said.

More than a dozen other states remain opposed or uncommitted to the deal, setting the stage for a legal battle over Purdue’s efforts to contain the litigation in bankruptcy court, they said.

States on Wednesday updated a federal judge on the settlement offer’s support, which could evolve as the day progresses, the people said.

Purdue’s board is scheduled to be briefed on settlement progress on Thursday, one of the people said. There remained a chance negotiations could fall apart and the company’s plans, including timing of a bankruptcy filing, could change, the person said.

Reuters earlier on Wednesday reported that Purdue was nearing a settlement with cities and many states.

The Sacklers, well-known wealthy philanthropists, have declined to revise their proposed settlement contribution of $3 billion over seven years and another $1.5 billion or more through eventual sale of another business they own called Mundipharma, several people familiar with the matter said.

New York, Massachusetts and Connecticut, where privately-held Purdue is based, are among states opposed to the current offer and have pushed the family to guarantee $4.5 billion, the people said.