Pulev says he would not step aside for Joshua – Fury fight 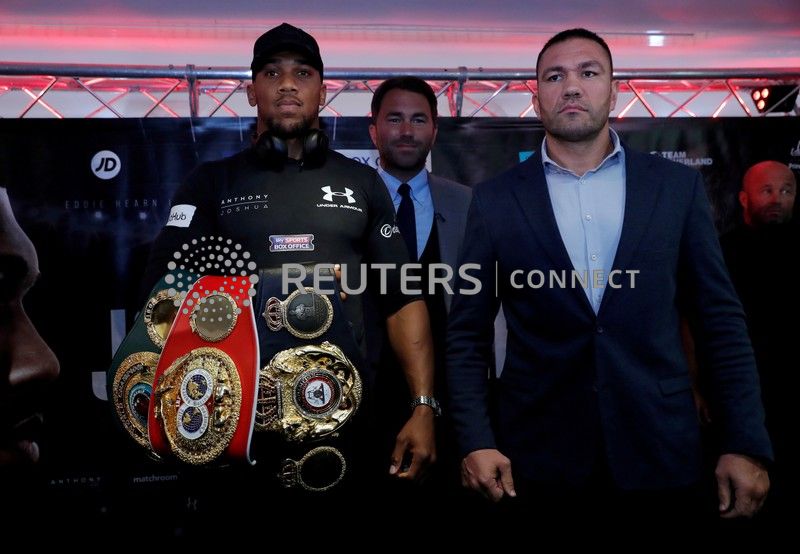 SOFIA (Reuters) – The IBF’s mandatory challenger Kubrat Pulev said he would not accept a proposal to step aside and give world heavyweight champion Anthony Joshua a chance to fight first with fellow Briton Tyson Fury.

The 39-year-old Bulgarian was scheduled to meet Joshua on June 20 but the fight was postponed due to the COVID-19 outbreak with promoter Eddie Hearn floating the idea for the two Brits’ unification bout in the event of a long postponement.

Joshua has also said that a blockbuster fight with Fury, who is set to meet Deontay Wilder in a rematch later this year following a seventh round stoppage win in February, was needed to determine a single dominant figure in the division.

But Pulev, known as “The Cobra”, said there was no chance for a compromise.

“I wouldn’t accept it,” said Pulev. “I did it once when I didn’t have to do it for him (Joshua) to have his second match against Ruiz Jr. Everything was against IBF’s rules, but I compromised.”

Joshua, 30, defeated Mexican-American Andy Ruiz Jr in a December rematch in Saudi Arabia to win back his IBF, WBA, WBO and IBO titles.

“Enough is enough,” Pulev said. “I can’t understand why we are still postponing instead of fixing a date and venue and getting to work? I can’t wait to win this fight.”

Former European amateur super-heavyweight champion Pulev, who was due to meet Joshua at the Tottenham Hotspur Stadium in London, said Joshua was not acting like a real world champion.

“I see how people are afraid of me and are trying to face someone else before me,” Pulev said. “That’s not how a real world champion should act.

“Even Mike Tyson and Evander Holyfield are coming back to the game to show that they are real warriors, not like him. A year has passed, and they always have a reason to postpone, not to fight against me.

“There are two options. You either fight or vacate the title.”

Joshua was initially due to fight Pulev at Cardiff’s Principality Stadium in October 2017 but the Bulgarian withdrew after suffering a shoulder injury in sparring.

Pulev, one of Bulgaria’s most popular sportsmen, challenged for the IBF world heavyweight title in 2014, losing to Wladimir Klitschko in Hamburg on a fifth-round knockout.