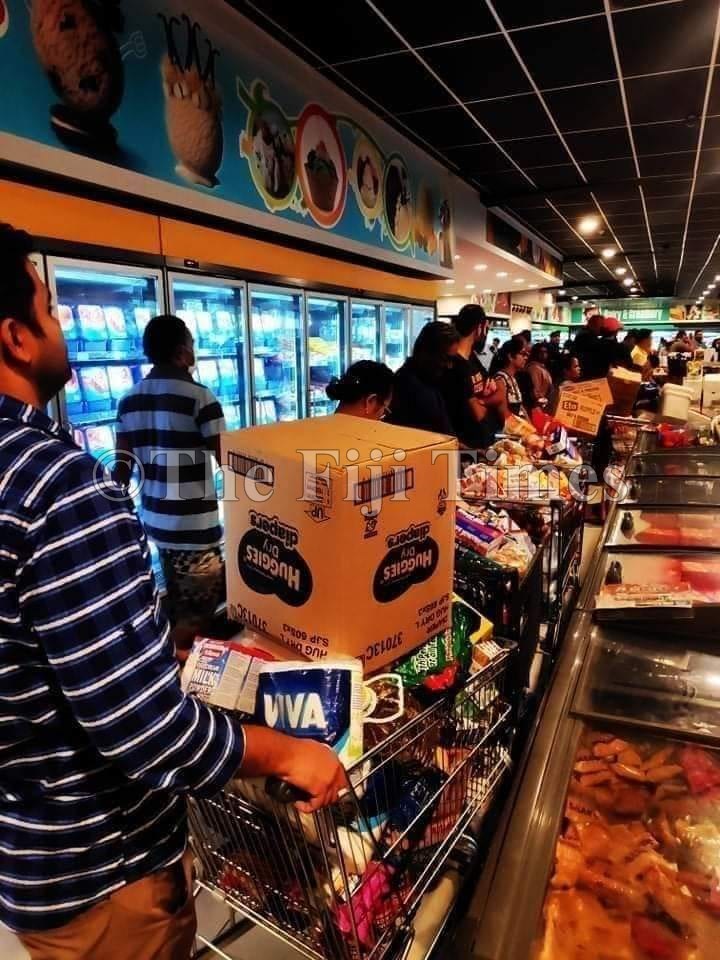 Shoppers at a Suva supermarket buying in bulk. Picture: SUPPLIED

THE need to practise social or physical distancing in Fiji is still an issue for a majority of Fijians.

The measure has been strongly advised as a non-pharmaceutical intervention to prevent the spread of COVID-19, where a physical distance is maintained to reduce the number of times people come into close contact with each other.

Non-adherence to this health advisory, issued by the Health Minister Dr Ifereimi Waqainabete, Prime Minister  Voreqe Bainimarama and the World Health Organization (WHO), was evident in most public places yesterday such as supermarkets and municipal markets, where shoppers had congregated for their weekly shopping.

Parents were also seen with their children in crowded places. A mother of three said she was disappointed people were not taking the advisories seriously.

Seini Duri said it was evident people did not care about protecting themselves and took lightly the risks associated with COVID-19.

She said Government should impose a fine for those who breached social distancing orders and failed to practise so-
cial distancing.

Another shopper, Josefa Suka, also echoed similar sentiments and said COVID-19 was not a joke and it was imperative that people take health warnings seriously.

He said if such laxity continued, people should not be surprised if Fiji started recording an increase in cases.