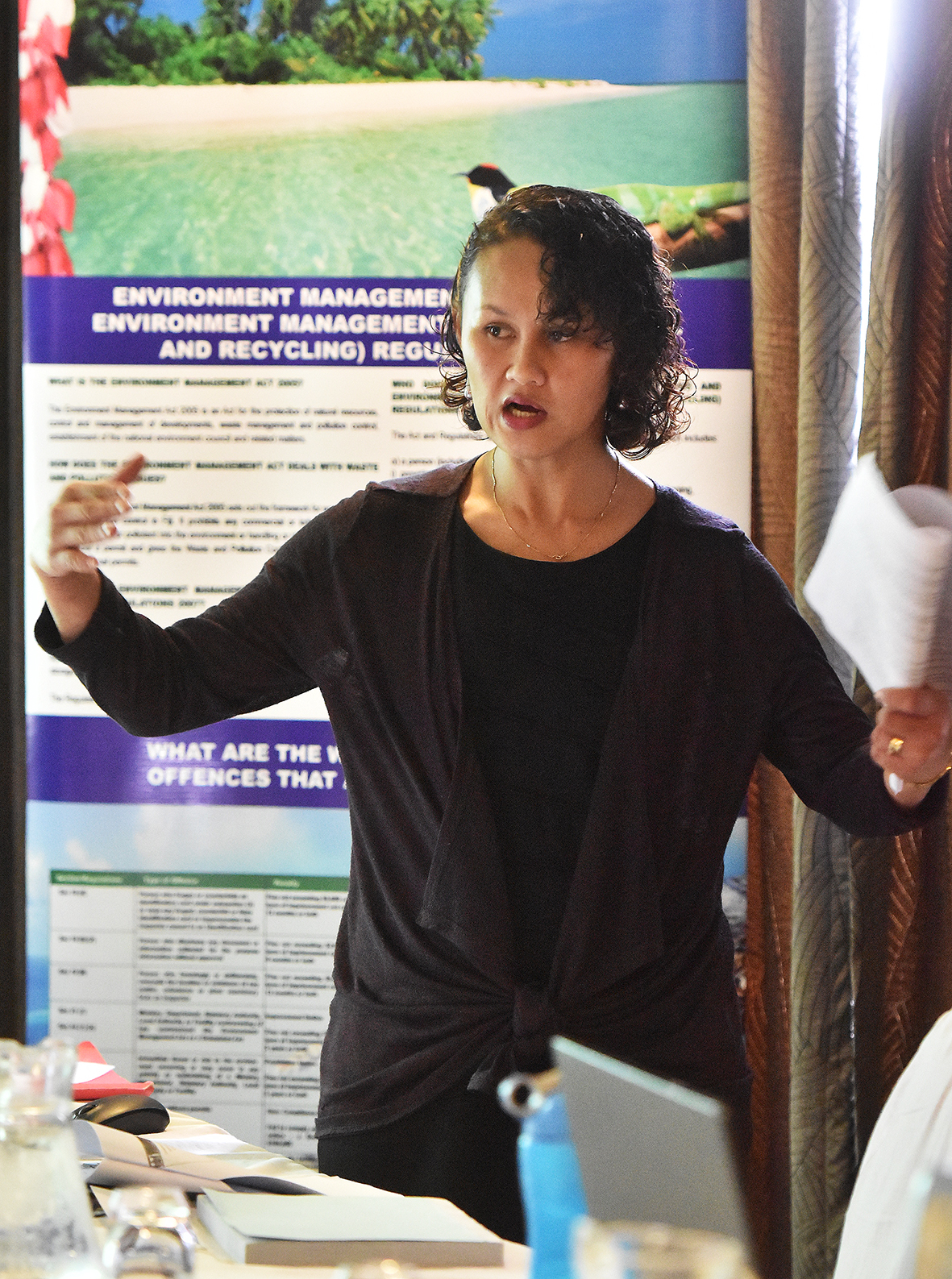 Mere Leba stresses a point during the the iTaukei Affairs Board in coordination with the Ministry of Waterways and Environment during the litter workshop at Peninsula Hotel. Picture: RAMA

THE iTaukei Affairs Board in coordination with the Ministry of Waterways and Environment recognises that litter can cause a whole range of problems for everyone in our communities.

And in a bid to address this issue, 14 provincial council officers within the iTaukei Affairs Board are attending a training to become Litter Prevention Officers.

iTaukei Affairs Board deputy chief executive officer Josefa Toganivalu said the board through its conservation and climate change platform considered waste and its management to be a priority focus area.

“After this training, we hope to have developed and raise your capacity as provincial conservation officers and effectively carry out your new role as litter prevention officers to enforce the Litter Act 2008 and help address issue that is a matter of national concern,” Mr Toganivalu said.

He said a collective action to safeguard natural resources from the impacts of improper waste management was needed.

The training is held at the Peninsula Hotel in Suva.