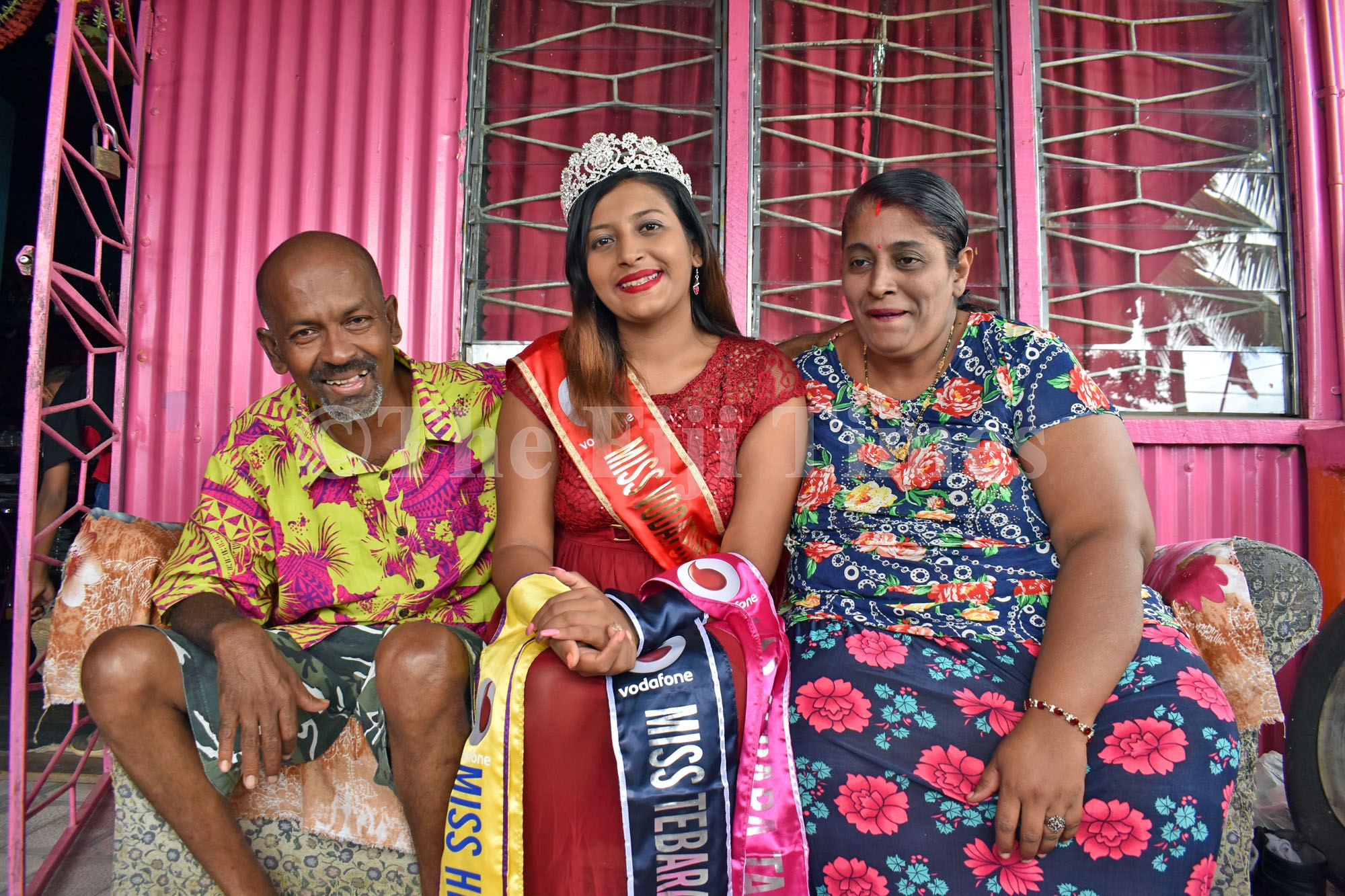 LAST Saturday was a momentous day for Sheron Prasad but no one was more proud than her taxidriver father.

Jagdish Prasad was emotional when The Fiji Times visited the family home yesterday, he was still revelling over the fact that his 20-year-old tertiary student daughter was crowned the 2019 Vodafone Tebara Carnival queen.

“I am not well educated, I am just a taxidriver but I have invested so much in my children so they can achieve their dreams,” he said.

“My daughter winning the Tebara Carnival crown just makes it all worthwhile. “I would like to thank my family, especially my sister in laws for helping prepare my daughter for the carnival.”

Ms Prasad said she had examinations during the week of the carnival but was determined to tackle both challenges.

She is a student of the Fiji National University.

“I am currently taking four units and I had all four of my exams last week but I made no excuses,” she said.”

“I studied and found time to rehearse and it really worked out well.”

Hard work and belief in oneself really pays.