Protesters take to the streets in Solomon Islands 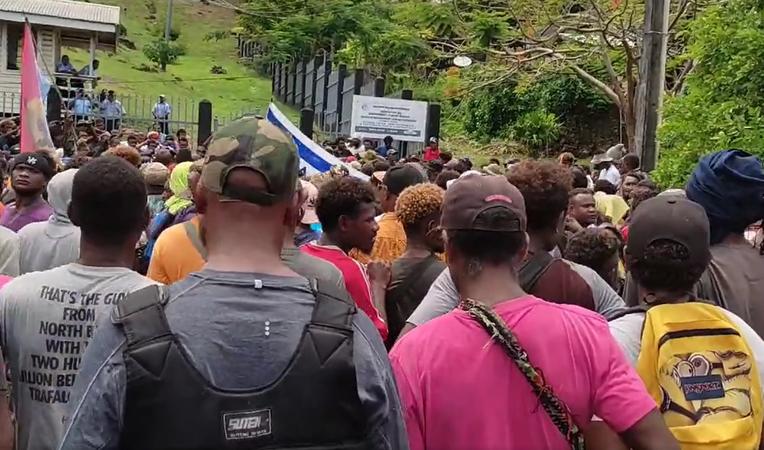 There has been unrest on the streets of Honiara today with large crowds of people calling for the prime minister Manasseh Sogavare to step down.

RNZ Honiara correspondent Georgina Kekea said the protest was being led primarily by people from Malaita Province who said they were not being heard by the national government.

Most schools and businesses in the capital were closed today while large crowds clashed with police as they tried to access the grounds of parliament, where parliament’s house is currently sitting.

“I think a lot of Honiara residents were caught by surprise with what has happened today. It has really disrupted operations… and now people are not feeling safe anymore,” Kekea said.

“Everyone’s trying to run back to their homes now. While I am talking now they are shooting, throwing stones.”

Kekea said the protest was the culmination of a host of issues that have caused division between people from the province and the national government.

At the core of the grievances was a perceived lack of development within the province, with many large scale national projects promised over the years that have so far failed to get off the ground.

There has also been a longrunning standoff between the provincial government under the popular local premier Daniel Suidani, who continues to rebel against the National Government’s decision to end diplomatic ties with Taiwan in favour of China.

Georgina Kekea said the possible spark for today’s protest was the government’s failure to fully take part in a reconciliation ceremony held to iron out some of these issues.

The Royal Solomon Islands Police Force has yet to reply to RNZ Pacific’s requests for comments on the situation.