Protester with rainbow flag runs onto field at World Cup 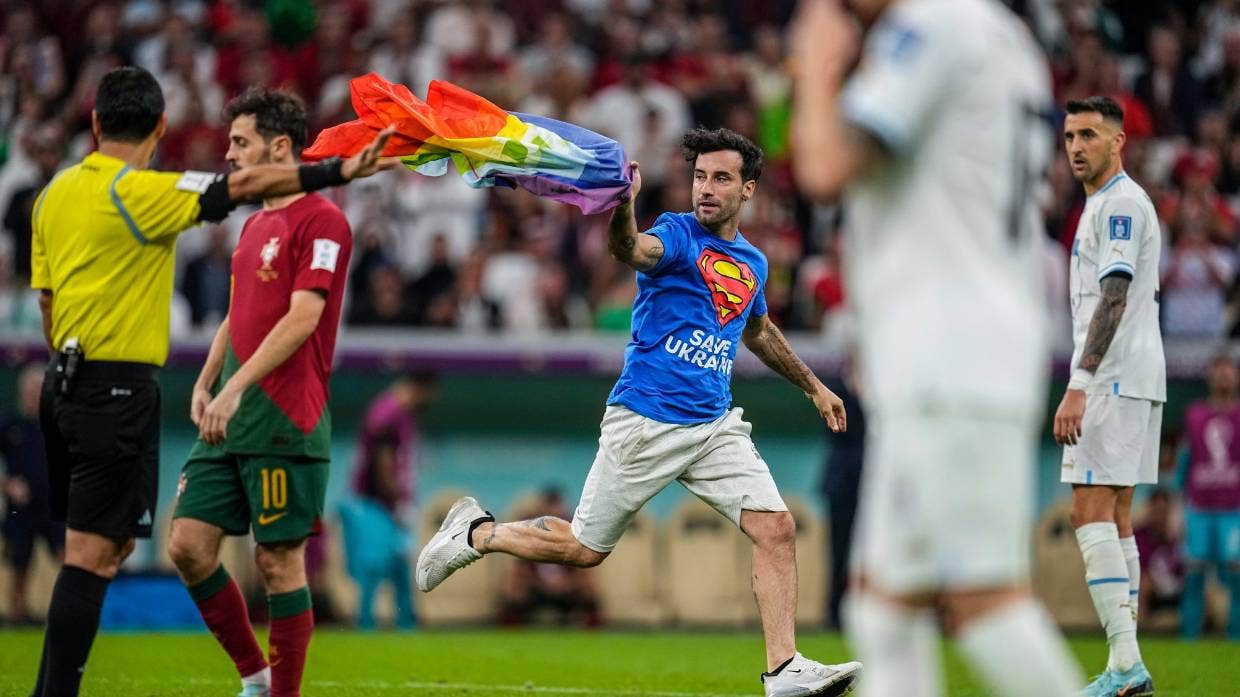 A pitch invader runs across the field with a rainbow flag during the World Cup group H soccer match between Portugal and Uruguay. Picture: STUFF SPORTS.

A protester ran onto the field carrying a rainbow flag and wearing a blue Superman T-shirt that said “SAVE UKRAINE” on the front and “RESPECT FOR IRANIAN WOMAN” on the back during a World Cup match between Portugal and Uruguay.

Security officials chased the protester down and the flag was dropped on the field before the person was escorted off the field.

The referee then picked up the flag and left it on the sideline, where it stayed for a few moments before a worker came and collected it.

The spectator was ushered away through a tunnel. It wasn’t immediately clear if the protester faced any charges or had been detained by police.

In the first week of the tournament in Qatar, seven European teams lost the battle to wear multicoloured “One Love” armbands during World Cup matches. Fans also complained they weren’t allowed to bring items with rainbow colours, a symbol of LGBTQ rights, into the stadiums of the conservative Islamic emirate.

Qatar’s laws against gay sex and treatment of LGBTQ people were flashpoints in the run-up to the first World Cup to be held in the Middle East. Qatar has said everyone was welcome, including LGBTQ fans, but that visitors should respect the nation’s culture.

The incident occurred during the second half of the game at Lusail Stadium.