Protecting our people and planet 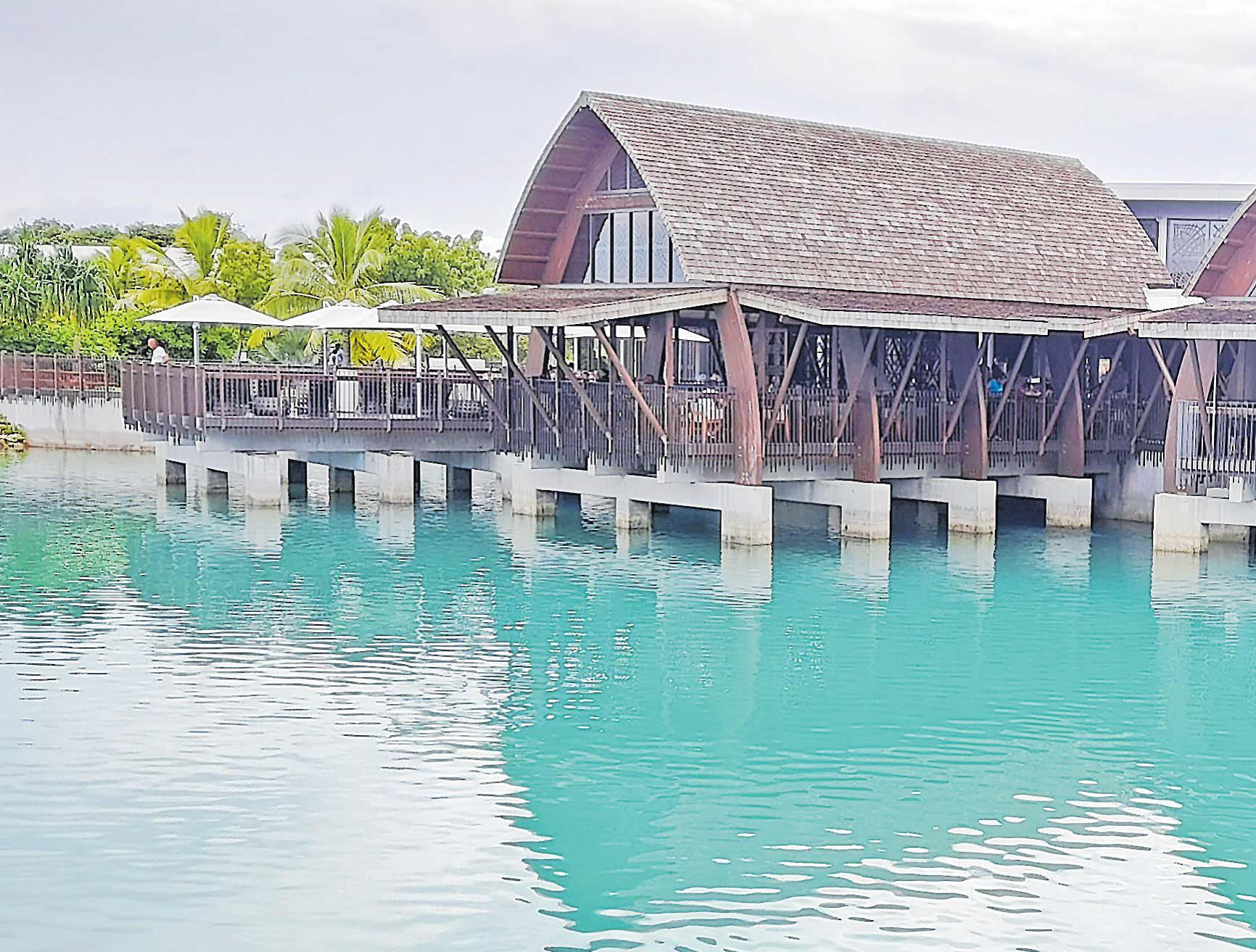 The Fiji Marriott Resort Momi Bay when there were no international tourists. Picture:JOHN KAMEA

The fragile economies of the Pacific took a massive hit when the COVID-19 pandemic struck and virtually brought governments to their knees.

Border closures affected travel and tourists stopped coming. Tourism was one of the worst hit sectors. In Fiji the story was the same.

But according to a recent research by New Zealand’s Massey University, the crisis not only exposed the vulnerabilities ities of our communities that depend on tourism, it also showcased the resilience of Pacific peoples.

The research “Measuring the Wellbeing of Tourism-reliant Communities in the South Pacific during the COVID-19 Pandemic”, was led by Professor Regina Scheyvens and Dr Apisalome Movono.

Designed to help understand the ‘complex realities of the effects of the COVID-19 period on the wellbeing of tourism-reliant communities in Samoa, Fiji, Vanuatu and Cook Islands, the study has provided valuable insights into how communities were able to cope.

This article is largely based on the Fiji aspects of the research. According to the study, while those surveyed were affected financially, they were able to quickly adapt to the global shock. Findings confirm that while money was important for survival, “it was not everything” to Fijians.

“Fijian traditions, customary land and unique social systems provide refuge and support for Fijians when there is no money,” Dr Movono said.

“Our results show that our collective well-being depend on our culture and native land which must be preserved.”

The study indicate that majority of respondents reported experiencing some financial hardships in the face of the COVID-19 pandemic and had diverse ways of dealing with these challenges.

Some Fijians coped by going from “having three meals a day to consuming just two” while others went back to using “horses to cart agricultural produce rather than petrol-run trucks”.

Young people found it hard to live without a cash income. One interviewee noted there were instances where this led to an increase in theft and related crimes.

Some respondents said there was an increased conflict between landowning groups, due to increased competition for resources because most households were turning to agricultural activities.

Some attributed their situation to an ‘underperforming government’ and have started to recognise that economic diversification was the only way forward.

Dr Movono said despite facing financial hardships, the study revealed that people were quick to adapt ‘instead of wallowing in their misfortune’.

“…Fijians came together to support each other but also worked together and engaged in farming, fishing and other innovative entrepreneurial and fundraising ventures,” he highlighted.

“This was quite apparent online where another revolution was taking place with the reinvigorating of bartering but also fundraising in the form of online gaming contests, virtual concerts and other provincial fundraising drives all done online.”

Fijians in villages revived the tradition of solesolevaki in order to help tackle obligations communally while many used social media platforms to barter, raise money and establish startups.

The study says Fijians’ average mental wellbeing during the pandemic was relatively high.

Many said they ‘flourished’ because they had “more time to relax and more time for family and friends”. Having a positive outlook on life was one factor that aided people’s mental wellbeing.

“People with this mindset saw the pandemic as a chance to adapt to a new way of life and create new ventures beneficial to them,” the study noted.

Social-distancing and travel restrictions forced people to socialise within their families and communities.

This encouraged some to go back to simpler ways of life, while others shifted to more online communication.

Many respondents expressed that they formed closer bonds with their families, were very happy spending time with them every day and even got to know family members who they had never met before the lockdowns.

People reported having more time to learn and share cultural knowledge and traditional skills, especially with the young generations.

“It has been good to spend time and teach my children and grandchildren, and share skills of weaving, cooking outdoors and gathering food. We are lucky covid happened,” an elderly respondent said.

The study said that on top of getting closer to each other, people expressed a new sense of ‘cooperation, love, charity and connectedness’.

“I guess what was very interesting was the fact that across the Pacific, we observed similar results – showing that Pacific peoples value their culture and had largely relied on the wisdom of past generations to survive this modern calamity,” Dr Movono said.

He said ‘language, culture, traditional indigenous knowledge and customary lands’ must be protected as they have proven to be useful social safety nets during the pandemic.

“The second thing is the adaptive capacity of people – this was evident as the pandemic spurred innovation and entrepreneurialism despite having no tourists. Fijians in particular moved online to engage with the world as a means to raise funds and survive.”

“These are significant signs that “we are not mere bystanders in development”. Fijian people are intelligent, adaptive and responsive to change and despite their difficult situations will still uphold the mana of their traditions with a big bula smile.”

The study revealed Fijians had good levels of physical wellbeing in the absence of tourists over the course of COVID-19.

Many used time constructively to do physical activities that kept them healthy and fit. In sum, most respondents indicated their physical wellbeing improved over the pandemic period.

This was the result of factors such as spending time outside on plantations or in gardens, doing housework, eating healthier produce and relaxing more.

Spiritual wellbeing was included in the survey because of the overwhelming emphasis of respondents on spiritual components of their lives during the interviews.

Many people said their faith was sustained during hard times and acknowledge that God was their provider and protector.

There were regular family devotions while those who did not consider themselves to be very religious found their faith renewed.

“Although I am not a religious person, I admit myself and many in my community have turned to the church, the land and each other – this is a good thing instead of the selfish ways before the pandemic,” said a female Fijian business owner.

The study found that Fijians also had relatively high average of environmental wellbeing.

With the absence of tourists, people gave the environment a chance to revive.

“With no tourists around, the lagoon, the reef and land had the time to relax and recover. It is positive to see fish come back,” said a male tourism employee. Some decided to become tourists in their own country and appreciate their own environment while others decided to make use of their customary lands.

“People are now becoming self-reliant in terms of food and other small businesses.

This is good because it brings people to depend on the land, care for it and be sustained by it. This is important for my people, to be one and within their land,” said a businesswoman.

The study hopes to be a tool that informs the future decisions of not only the tourism industry but policy makers in government as well.

“It would be great if the Fijian government listened closely to the voices of those living in tourism destinations,” Professor Scheyvens said, “After all, they, and employees, are those who provide the signature ‘bula welcome’ that draws in thousands of tourists each year.

She said most communities wanted tourists to return – but not at all costs.

“One community leader told us, ‘Tourism must complement our way of life’. Fijian communities have loved spending more time with their families and engaging in cultural activities during the period of border closures,” “They have also enhanced their food security by returning to the vanua and the sea during the pandemic pause, and they have told us they are physically and mentally healthier because of this.

Professor Scheyvens suggested it would be great if labour laws could be reformulated to better support well-paid and flexible employment options for those in the tourism sector so they could keep this “balance of work, family and community” postpandemic. Looking forward, the study believes, the tourism industry must accept that there will be other shocks such as severe weather, uncertain trade conditions, rise in fuel prices and other events that will affect the industry and its dependent communities.

“As such the industry must look towards setting up insurance schemes for the industry that protects business and workers, strengthen support and funding for unions, consider establishing a resilience fund and or a provident fund for tourism workers as a means to save but also draw upon during a crisis,” Dr Movono pointed out.

“Remember, these workers are the backbone of our economy and as such, measures must be put in place to protect them from the impacts of future uncertainty.” Professor Scheyvens said the tourism industry should emphasise on enabling happy workplaces with happy employees as a way of creating truly resilient communities. She said Fiji’s tourism sector relied on images of smiling, happy and healthy Fijians to attract visitors which aligned with Tourim Fiji’s ‘Return to Happiness’ campaign running since the end of last year.

“Our number one advice to tourist resorts/hotels/tour businesses is to invest in the happiness of both your employees and your guests,” Professor Scheyvens said. She said it was well evidenced that employers got the best out of their employees in terms of good, loyal service when employees were happy in their jobs and felt well-rewarded.

“Any good business should be founded on a happy workforce – then happiness of international guests will almost be guaranteed. It is unrealistic to expect Fijian employees to be happy when struggling with inflation and a minimum wage which has not shifted since 2006.”

“This will enable us to see how the return of tourism impacts on various wellbeings. We expect, for example, nice improvements in financial wellbeing,” said Professor Scheyvens.

“We are not sure, however, whether everyone will feel more satisfied with things like their mental and spiritual wellbeing after tourists return and life gets much busier.”

Dr Movono said Fijians learned many lessons from the pandemic and it was encouraging that Tourism Fiji had launched its new corporate plan which highlighted resilience and the need to do business differently.

“However, more conversations must be held by all stakeholders (from governments to tourism workers) around how best to transform our tourism system in a holistic manner that benefits people and planet,” he said.

“More importantly, the time to act is now if we are to prepare tourism resources and protect our people from future shocks and uncertainty. This may not be an easy task, but nevertheless essential in building Fijian tourism forward for the betterment of our people.”