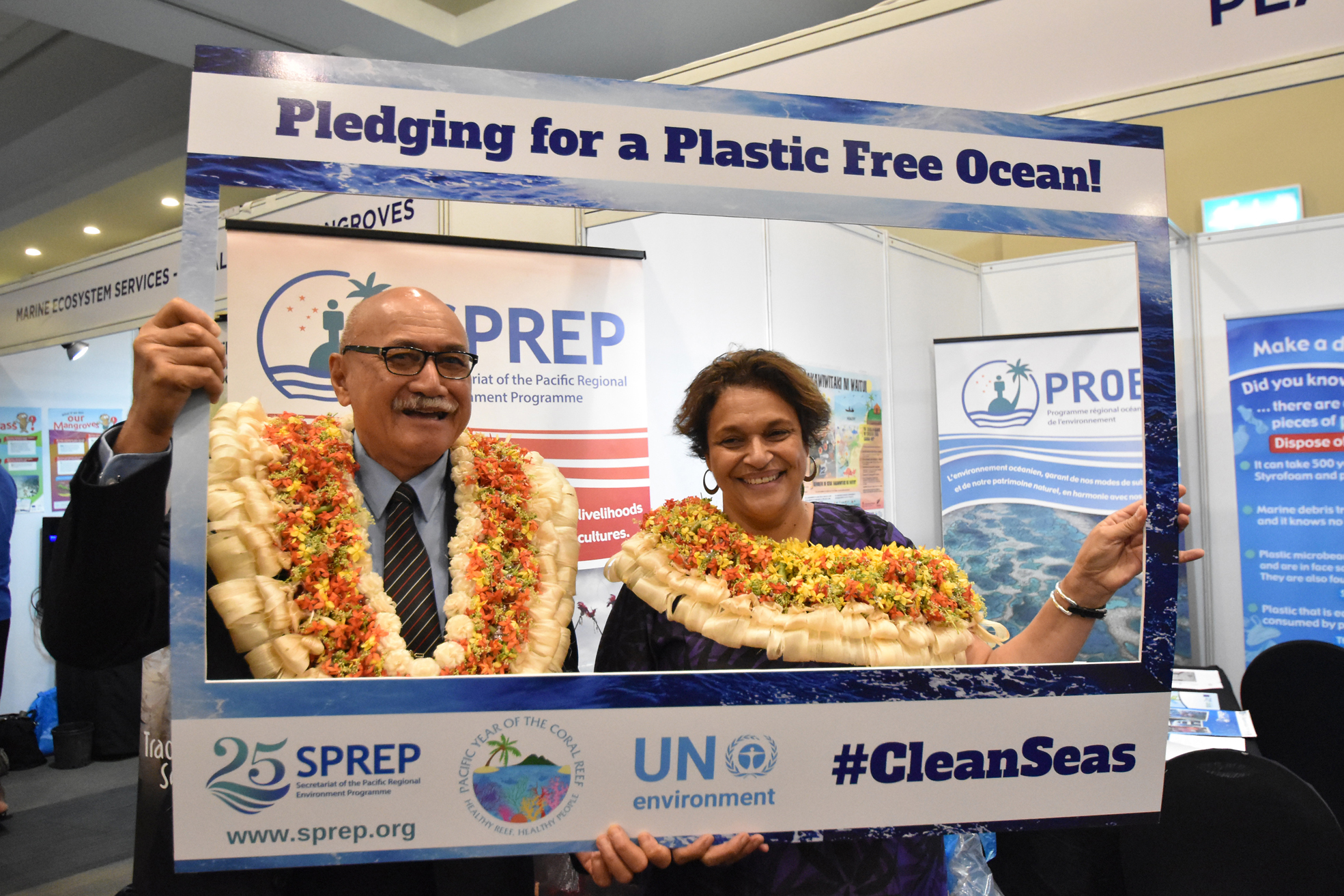 FIJI’S leadership on the preservation of the world’s oceans is one of the most important tasks the nation has ever undertaken, says Fiji President Jioji Konrote.

Mr Konrote said climate change and the health of the oceans were interlinked with the time for action on both rapidly running out.

“The time for action is now. We must clean up our act, whether it is more decisive climate action or to tackle the pollution and overfishing that is slowly killing our oceans,” Mr Konrote said at the opening of the World Oceans Day Symposium and launch of the Pacific Ocean Portal at the Grand Pacific Hotel in Suva.

“World Oceans Day is not only an opportunity to highlight the importance of the struggle to protect and preserve our oceans.

“It is also a celebration of the millions of men, women and children around the world who have committed themselves to making a difference in this struggle.”
He also mentioned some of the initiatives that could be undertaken to combat climate change and its effect.

“Let us take more action on plastics, to build on the Government’s initiative to put a price on the use of plastic bags by doing more. Do not use plastic bags, plastic straws or non-degradable plastic bottles and containers.”

He said people should ensure that fish bought had been caught in a sustainable manner and support community initiatives to conserve and preserve marine areas, such as the 250 traditional tabu sites protected by the Fiji Locally Managed Marine Areas Network.

He said one of the key tools developed through Australian-funded Climate and Oceans Support Programme in the Pacific was the Pacific Ocean Portal.

He added the portal was designed by the Australian Bureau of Meteorology in collaboration with the Pacific National Meteorological Services and other ocean stakeholders.

“This portal is giving us a better knowledge of the ocean around us and how changes in ocean conditions can affect us,” he said.

He said these conditions in the Pacific became more challenging, and now with better access to technology, improved forecasting and real-time data enabled us to make smart and evidence-based decisions.

The theme for the event was “Know your Ocean”.