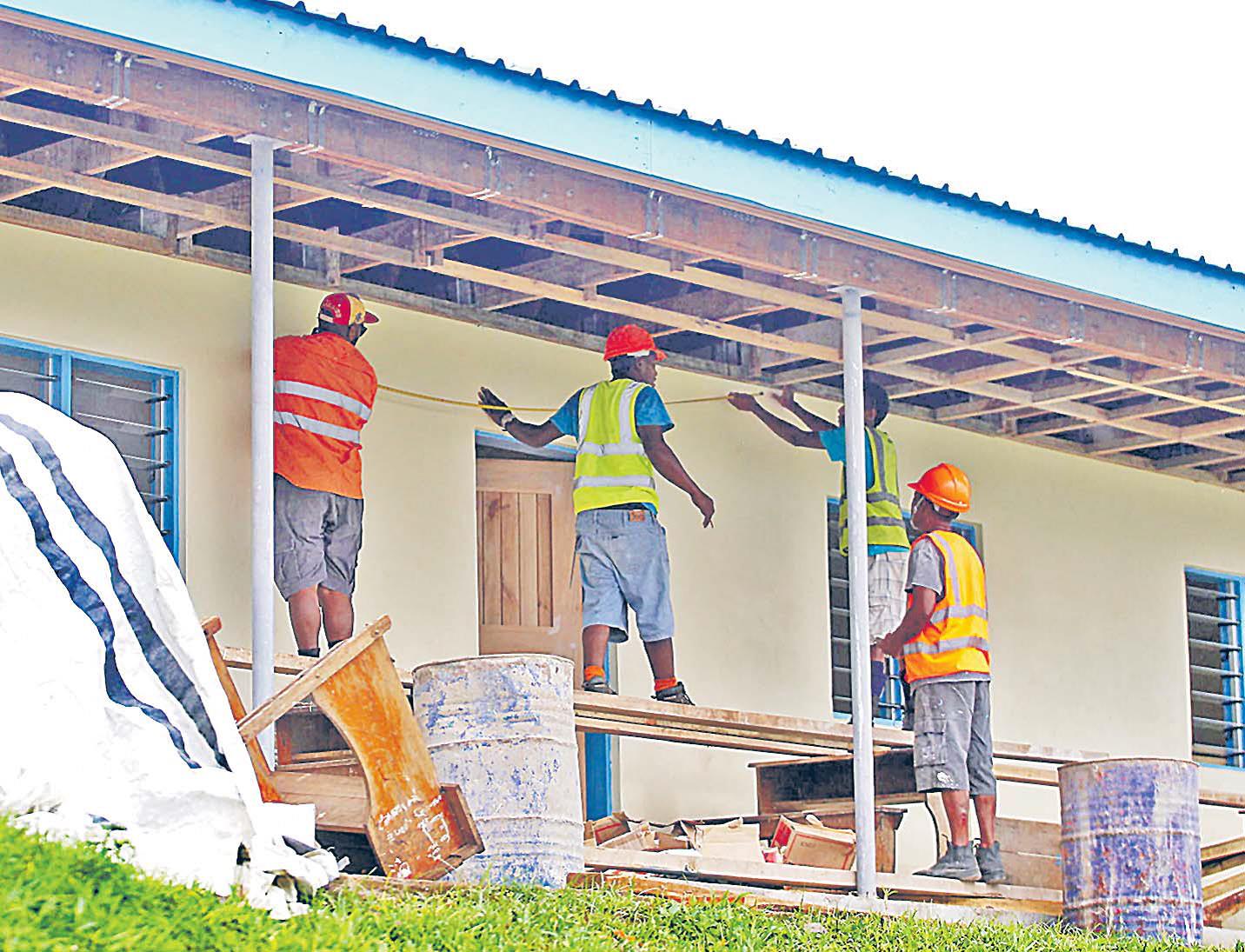 A photo taken a year ago of men working on the reconstruction of the Tuatua Nasau Primary School on Koro Island. Picture: FILE/JONA KONATACI

AN Australian company embroiled in a row with a local contractor over rehabilitation works on six Koro Island schools affected by Severe Tropical Cyclone Winston says children are using the “incomplete” buildings because they have no other option.

The $10 million funding for the project was provided by the Australian Government.

He also said four buildings had not been fully completed because of slow payments.

He also said the buildings concerned did not require major works and that students were using them. Palladium manager project operations Tamara Green refuted Mr Bose’s claim, saying all payments were up-to-date.

She also said Palladium had no choice but to allow classes to resume in the buildings concerned.

“Palladium is aware that schools are being used despite them not being completed by BPHCL,” said Ms Green.

“The schools in question are forced to do so because of the start of the school year.

“In those instances, Partial Certificates of Completion and Permits to Occupy have been issued on those buildings.

“Palladium’s priority is to get the schools on Koro repaired to the highest standard as quickly as possible.”