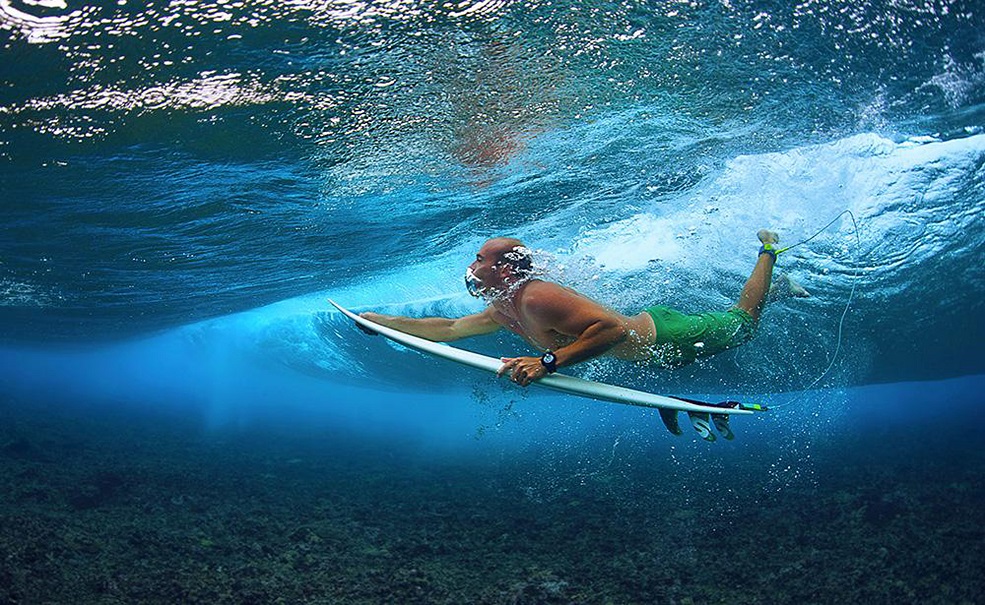 A surfer dives under Qamea waters. The implementation of the proposed World Wave Project proposed outside reefs in Qamea will solely depend on the waiver of traditional fi shing rights by traditional owners. Picture: TROPICSURF.COM

The agency, which represents more than 50 resorts and business owners on Taveuni, Qamea and Matagi, said there was a huge amount of supporting evidence that showed the failure of similar projects around the world.

“We do not want Fiji and, specifically, Taveuni and Qamea to be another failed attempt at creating an artificial surf reef,” the TTA stated.

“Following a webinar with WWP, the TTA board would like to raise that 30 per cent of healthy reef cover (as stated in WWP presentation) is still a lot of healthy reef and should be protected.

“Destruction of the environment for a limited leisure use is not acceptable and there is no data on how the reefs will be affected by increased wave action on them once the ASR (artificial surf reef) is in place.

“The information and data being presented by the WWP must be presented to local villagers in their own language – and the usage of that language must be neutral. We would like to suggest Paul Geraghty for this translation.”

The TTA stated the wider impact on changes to currents; ocean movement, etc. could not be predicted while the potential for impact and damage on a far greater scale and area was a big concern.

“A failed project with the associated negative publicity would be a threat to our tourism industry.”

The TTA shared Prime Minister Voreqe Bainimaramas’s statements during COP26 in Glasgow where he said, “Blasting may no longer threaten Fiji’s reefs but these vital ecosystems remain under attack”.