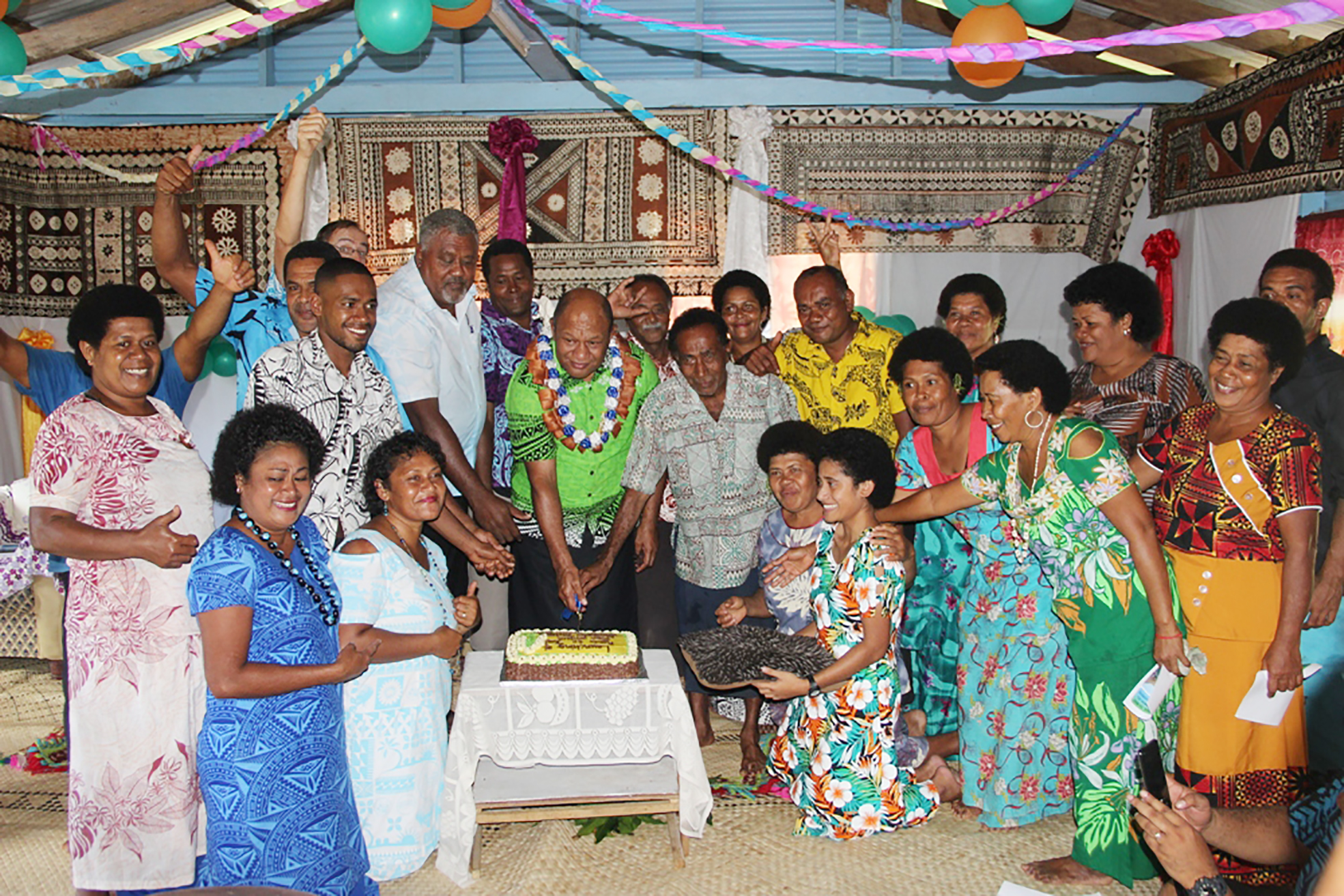 Minister for Forests Osea Naiqamu and Muana villagers cut the celebratory cake during the launch of the R2R program. Picture: LUKE RAWALAI

THE launch of the ridge to reef planting program in the village of Muana in Tunuloa, Cakaudrove is expected to boost the protection of seven subspecies of birds endemic to Fiji that are present in the area.

Officiating at the launch of the program in the village yesterday, Minister for Forests Osea Naiqamu said the Natewa–Tunuloa peninsula was a site of national significance as listed under the Fiji National Biodiversity Strategy and Action Plan (NBSAP).

“Being one of the few remaining biodiversity hotspots in Fiji, the peninsula has a combination of climate and topography that provides for various natural terrestrial habitats and ecosystems, from littoral coastal shrubland and mangroves, to low and montane forests,” he said.

“The peninsula also has been identified as an important bird area as the range of birds found in the area are significant.”

Mr Naiqamu said the bird population in the area also supported the population of the distinct orange dove, the shy ground–dove, the endemic and vulnerable black throated shrikebill and the endemic near threatened silktail (Lamprlia victoriae).

“The Tunuloa peninsula adjoins and impacts on locally important marine resources and with that rich biodiversity, Natewa and Tunuloa districts have a highly variable pattern of land use and vegetation,” he said.

“By planting trees today (yesterday) we are empowering the people of Natewa to take ownership in the sustainable management of their forests.”

Clams were also released yesterday in the Natewa Bay area to commemorate the launch.

Also speaking at the launch yesterday, divisional fisheries officer North, Joji Vakawaletabua reminded villagers that the protection of their mountain ridges would ensure the protection of marine resources and vice versa.