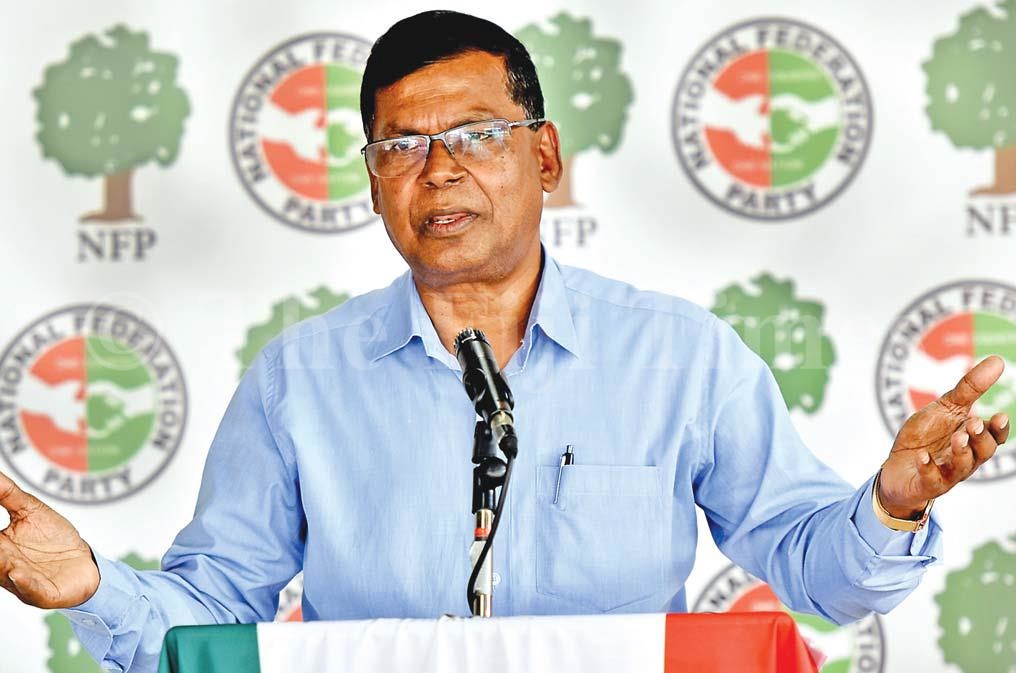 I would never claim that I can ever fill the shoes of Ambalal Dahyabhai Patel, Siddiq Koya, Harish Sharma or Jai Ram Reddy.

Mr Sayed-Khaiyum said the 2013 Constitution was the only Constitution “that precisely gives what the founders of NFP wanted – one person, one vote, one value”.

“No ethnic consideration as far as constituencies are concerned, everybody is Fijian, that is precisely what A D Patel wanted, precisely what Siddiq Koya wanted, that’s precisely what James Madhuwan wanted, these were founders of NFP and this man who claims to be the leader of NFP has the audacity to challenge these great leaders by saying he doesn’t support the 2013 Constitution,” the A-G said.

In response, Prof Prasad said Mr Sayed-Khaiyum was not fit to be compared to NFP’s former leaders.

“Let me say this. I would never claim that I can ever fill the shoes of A D Patel, S M Koya, Harish Sharma or Jai Ram Reddy,” he said.

“But I and others in NFP always subscribe to and uphold their principles and vision.

“We just farewelled and held a memorial for Justice Jai Ram Reddy, who brought glory and fame to Fiji as a United Nations judge for five years.

“Mr A D Patel’s achievement for cane growers is still relevant in the form of the Denning Award, incorporated into the Master Award.

“Mr Koya’s vision of an elected body for cane growers, the Sugar Cane Growers Council, of which he was the first chairman, has been destroyed by the FijiFirst Government.

“These leaders were giants of their time, in their ability, understanding and perception of the problems facing Fiji. We can recall their speeches, their actions, their sacrifices and contributions for all the people of Fiji.

“Compare them to the small-minded, vindictive people who are in Government today, including Aiyaz Sayed-Khaiyum. “I cannot think of one thing for which he will be remembered in history, except for his pettiness and politicking.”