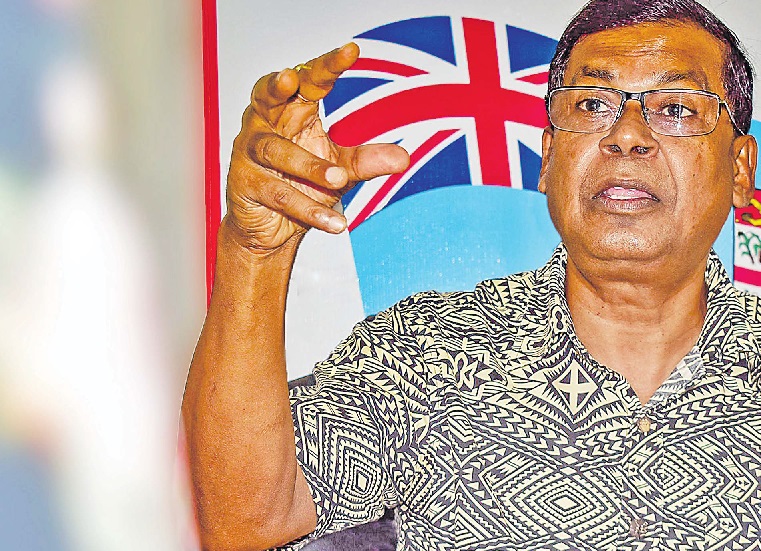 He said this in response to Mr Sayed-Khaiyum’s comments at a budget consultation in Nausori yesterday that Fiji’s economy was being politicised in an election year because people only focused on Fiji’s debt level and not those of other countries pre and post-COVID.

Prof Prasad said instead of trying to justify Fiji’s huge debt burden with his “illogical and warped reasons, the Attorney-General and Economy Minister should explain to the people of Fiji how the debt burden of every Fiji citizen has increased from $3410 in 2006 to about $10,140”.

He said Mr Sayed-Khaiyum was comparing “apples with oranges” by hopelessly trying to portray Fiji’s current debt of $9.125 billion as stated in Government’s pre-election Economic and Fiscal Update to debt levels of other countries — particularly Australia and New Zealand.

“Australia and New Zealand provided almost $400 million to Fiji in budget support in 2021 because they knew Fiji’s financial position was in a precarious position,” Prof Prasad said.

“What Mr Sayed-Khaiyum should explain is how the debt level ballooned from $2.83 billion before the military coup in December 2006 to a projected $9.125 billion this year.

“It means that after 36 years of independence, Fiji’s debt stood at only $2.83 billion while in little over 15 years of Bainimarama and FijiFirst rule, debt increased by $6.2 billion.

“Why isn’t this cold hard truth explained to the people attending the Economy Minister’s budget consultation?”

He said debt was debt and whether it was short-term borrowing, concession or soft loans on a longer repayment term, it was a burden on the people.