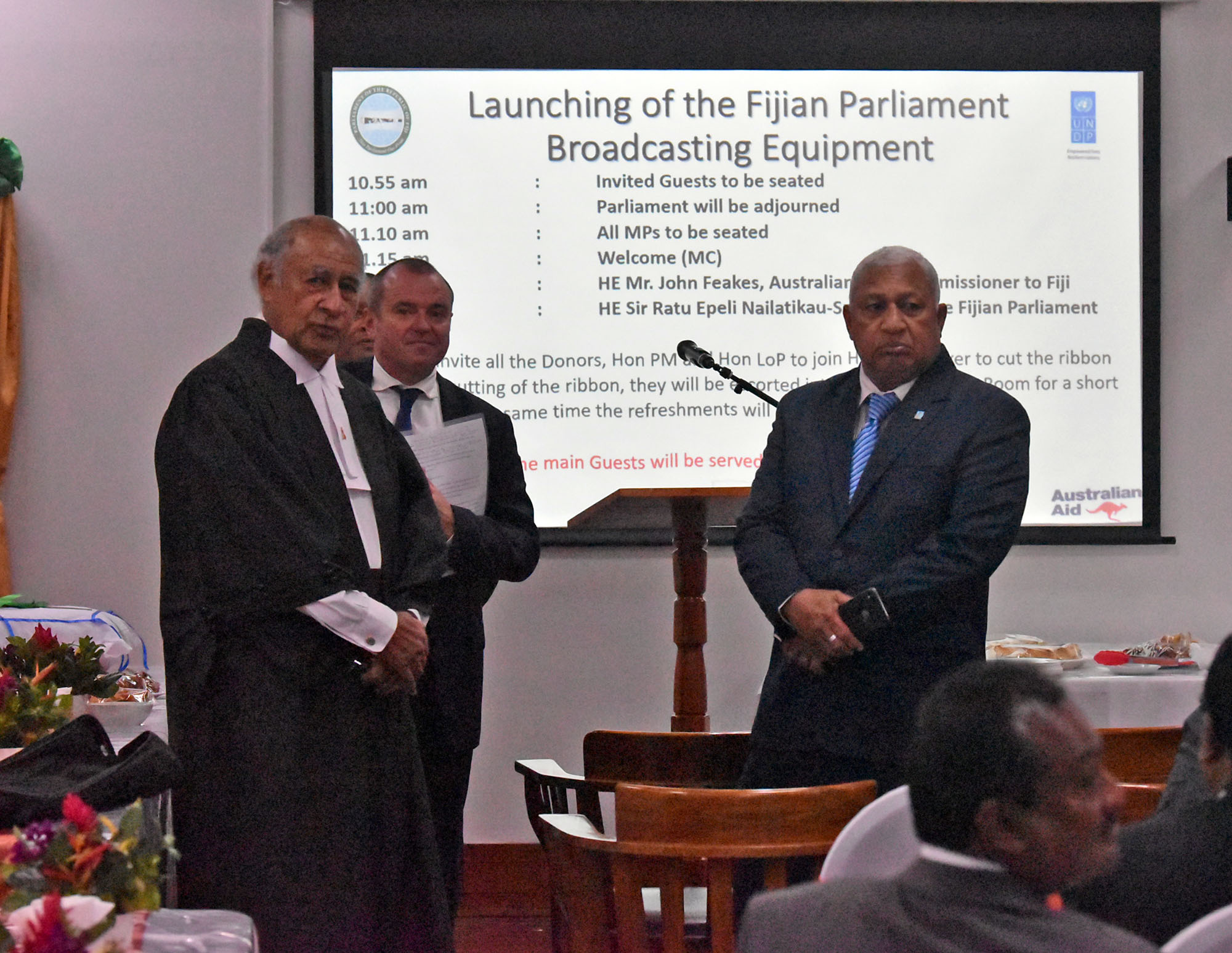 PROCEEDINGS of all Parliamentary Standing Committees will be broadcast live from next year.

Speaking at the launch of the committee broadcast systems in Parliament yesterday, Australian High Commissioner John Feakes said it would allow people to be more informed with the work of Parliament.

“This demonstrates to people that the work of Parliament doesn’t end with Parliament sittings,” he said.

“The live broadcasting of the Parliament Standing Committees shows great visibility and transparency in the work of Parliament.

Speaker of Parliament, Ratu Epeli Nailatikau, said it was part of the democratic process to have people engaged in Parliament work.

“Parliaments need to be able to make good use of information and communication technologies (ICT) tools that are shaping the world of work, modifying interpersonal communication and stimulating political mobilisation,” he said.

Ratu Epeli said broadcasting the work of Parliament was one of the more effective methods of increasing people’s knowledge of Parliament and Government.

“While we may not always like what we hear, the fact that we can tune in and listen is part of our cherished democratic society.

“Parliament derives its legitimacy from its core function as the people’s representative strong, democratic Parliaments are therefore responsive to changes in society.”