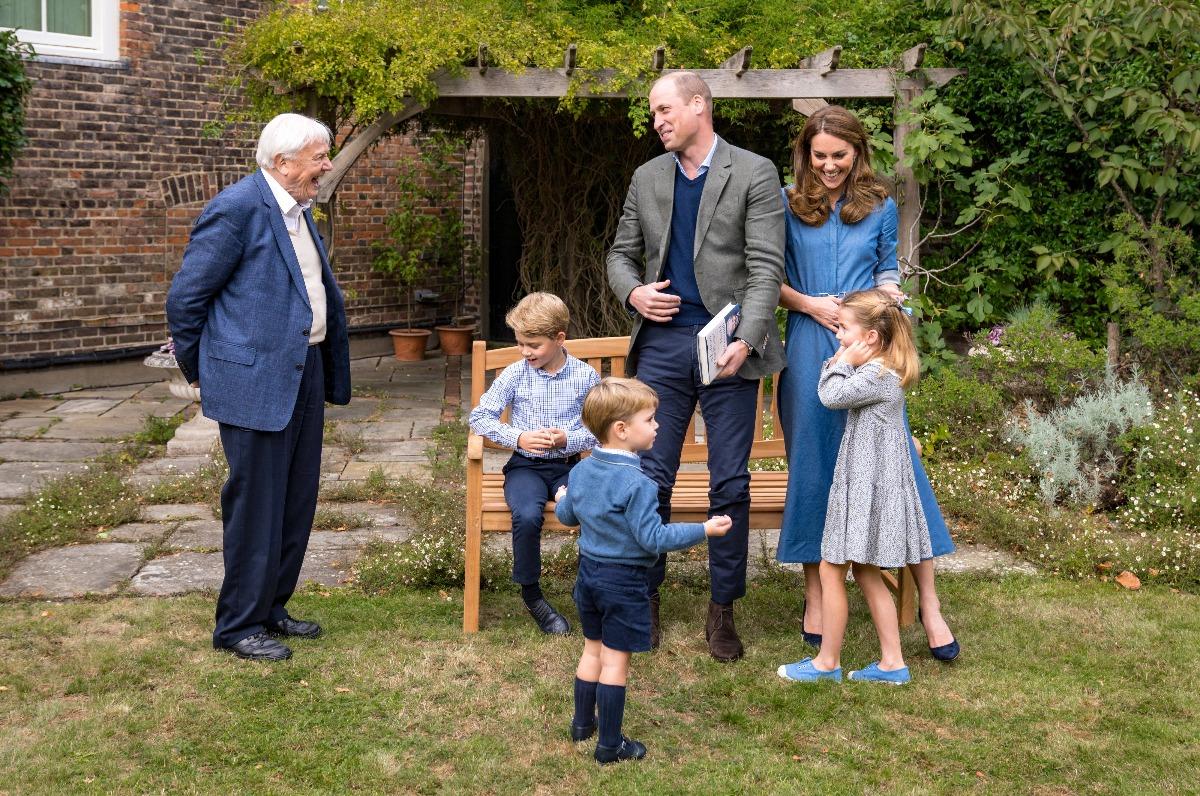 Naturalist David Attenborough greets Britain's Prince William and Catherine, Duchess of Cambridge, and their children Prince George (seated), Princess Charlotte and Prince Louis after a screening was held of Attenborough's feature film, in the gardens of Kensington Palace, in London, Britain, September 24, 2020. Duke and Duchess of Cambridge/Kensington Palace/Handout via REUTERS

The photographs were taken earlier this week after the 94-year-old broadcaster joined Prince William, Queen Elizabeth’s grandson and second-in-line to the throne, to watch an outdoor screening of Attenborough’s upcoming film.

The film, “David Attenborough: A Life On Our Planet,” sets out his “witness statement” on the destruction of the environment and ideas on how humans can still put it right.

Prince William, who has followed his father Prince Charles in pursuing environmental causes, has previously interviewed Attenborough, and the queen presented him with an award for raising awareness of the danger of plastic pollution last year.

The photographs showed William and Kate standing in the garden, surrounded by their three children Prince George, Princess Charlotte and Prince Louis, while Attenborough stood at a slight distance, sharing a joke with the family.