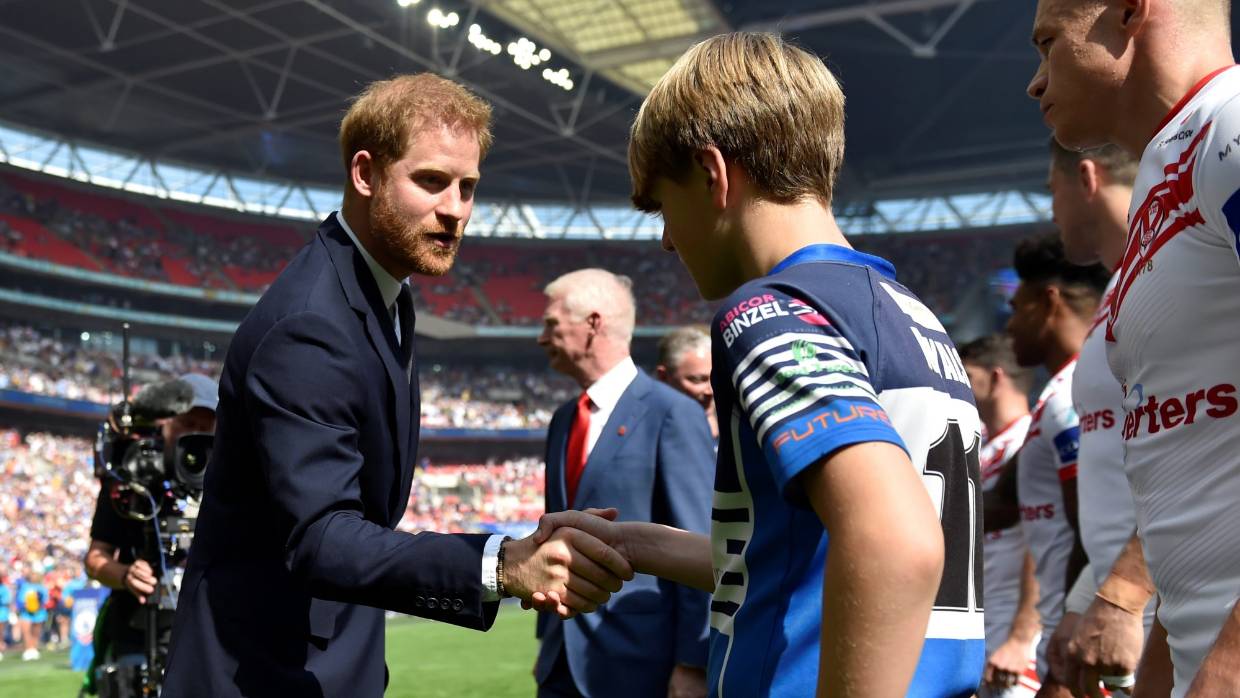 PRINCE Harry may be stepping away from many of his royal duties but it seems his involvement with rugby league is not one of them.

On the same day that Prince Harry and wife Meghan made the shock announcement that they plan to “step back as ‘senior members’ of the Royal Family”, Rugby League World Cup organisers revealed that Prince Harry will host the draw for the 2021 tournament at Buckingham Palace next week.

League may have limited international appeal, but given the controversy created by Wednesday’s news the Duke of Sussex’s presence at the draw is likely to attract many more eyeballs.

According to The Sun, Prince Harry and Meghan’s statement on their royal future had not been cleared by anyone at Buckingham Palace, with the Queen said to be “deeply upset”.

Prince Harry has been the Patron of the Rugby Football League since December 2016, when he succeeded the Queen.

The draw will see 16 men’s, eight women’s and eight wheelchair nations drawn into their respective groups for the event in England, while also revealing the opening fixtures for each tournament.

It will be attended by representatives from all 21 nations taking part, including New Zealand.