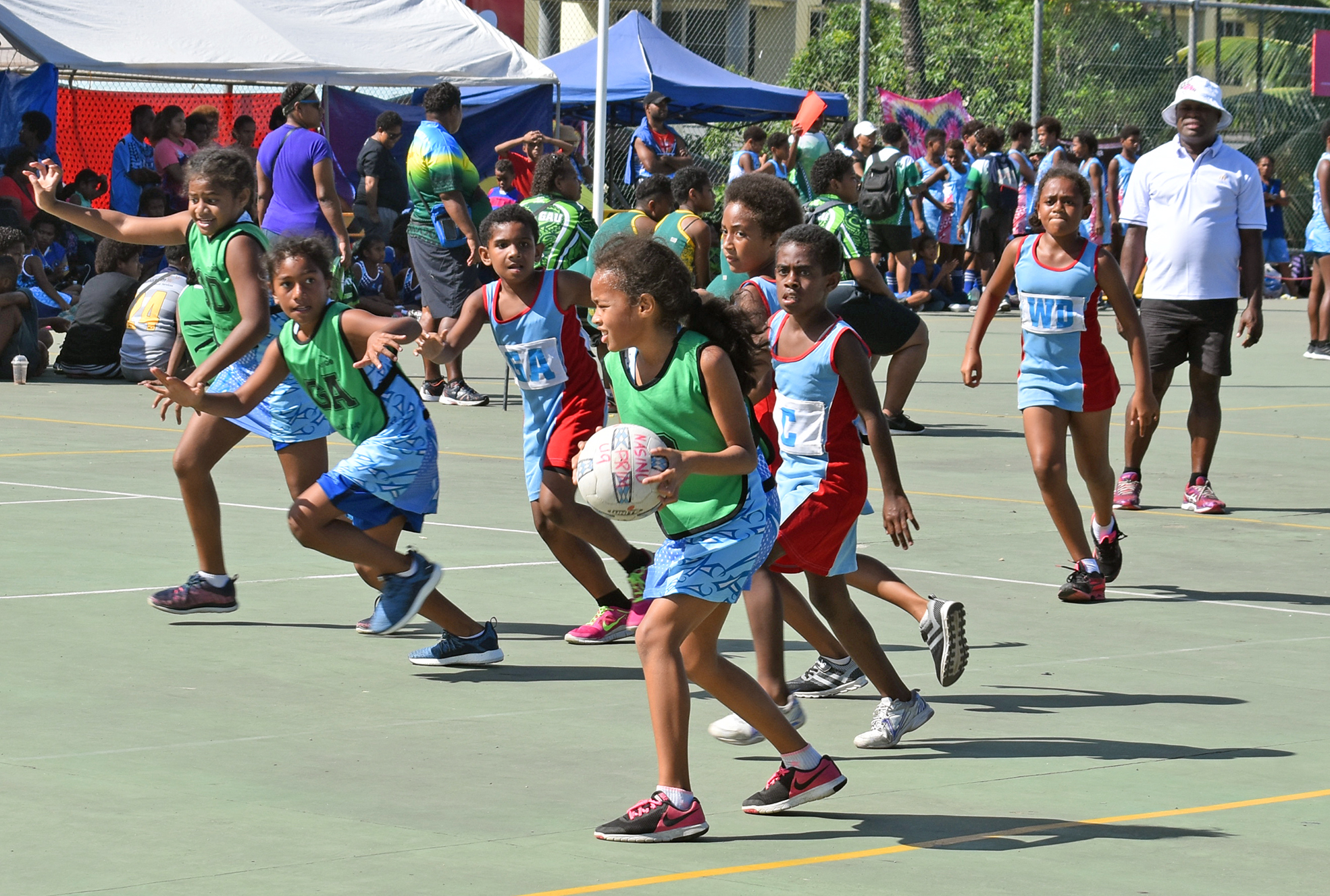 Action between the Suva under-9 and Nasinu at the National Netball Centre yesterday. Picture: PAULINI CURUQARA

THE Suva and Nasinu netball teams are the top teams after day one of the Central Primary Schools Netball Championship that started at the National Netball Centre in Suva yesterday.

In the under-nine to U14 grades, both teams stamped their marks to lead their pools before their next games today and tomorrow.

President Timaima Naulolo said with two new teams coming onboard this year, they had provided intense competition to other schools.

The two teams are Wanibuka from Tailevu and Wainikeli from Taveuni.

Naulolo said this year they couldn’t host the national competition and hopefully they could have it next year.

“We have been de-centralised, so for us we have 10 districts taking part and the level of competition is very high,” she said.

“We are grateful to the outer islands team for coming and taking part because they set a good platform of competition to the teams here in Suva.

“We are also thankful that we have these kinds of facilities given to us. This will provide a testing ground for our teams that have never set foot on the court.

“There are 61 teams that are taking part from under nine to 14 and we have 137 games altogether beginning from pool games right up to the finals that will be played within the three days tournament.”

She added that they still want to maintain the level of competition at the grassroots level.

“We hope to host the national meet by next year and we’re planning to have a national tour. The last we had our tour was in 2014 in New Zealand.”