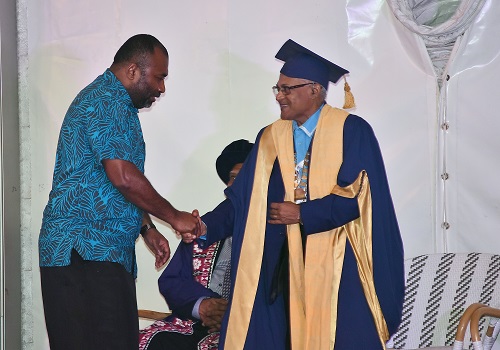 FIJI’S non-communicable disease crisis can only be reversed when primary health care is in the domain of general practitioners.

This was the message conveyed by newly elected president of the Fiji College of General Practitioners, Dr Ram Raju, during the 27th FCGP annual conference at Shangri-La’s Fijian Resort last Friday.

“I have said it before and I would like to say it again — the NCD issue in this country is not going to be reversed until primary health care comes to GPs,” he said.

“The evidence is all there, look at our neighbours Australia and New Zealand. We can reach that goal in a few years, I can’t see how we cannot achieve that. Time and again, I have said, the outpatients departments at every hospital will have to transform themselves into accident and emergency only once primary health care comes to GPs.

“Only then we will see the reversal of NCDs, otherwise I don’t see the light at the end of the tunnel.”

“To say that NCDs can only be controlled by GP rollout is actually a very small portion of a very complex issue,” he said.

“It has been estimated that by 2030 that anywhere in the world, NCDs will be a crisis. Even first world countries struggle with NCDs. I think what we should be looking at is curbing NCDs and if you look at our STEP survey which compared 2010 to 2011 we went from 15 incidents of diabetes to 16, so we only went up by 1 per cent.”

From 1970 to 2002, we went to 16 per cent and then only 1 per cent in the next 10 years and the reason for that is that we have a lot more advocacy, a lot more awareness and a lot more drugs that we didn’t have before for NCD treatment that are now widely available.”