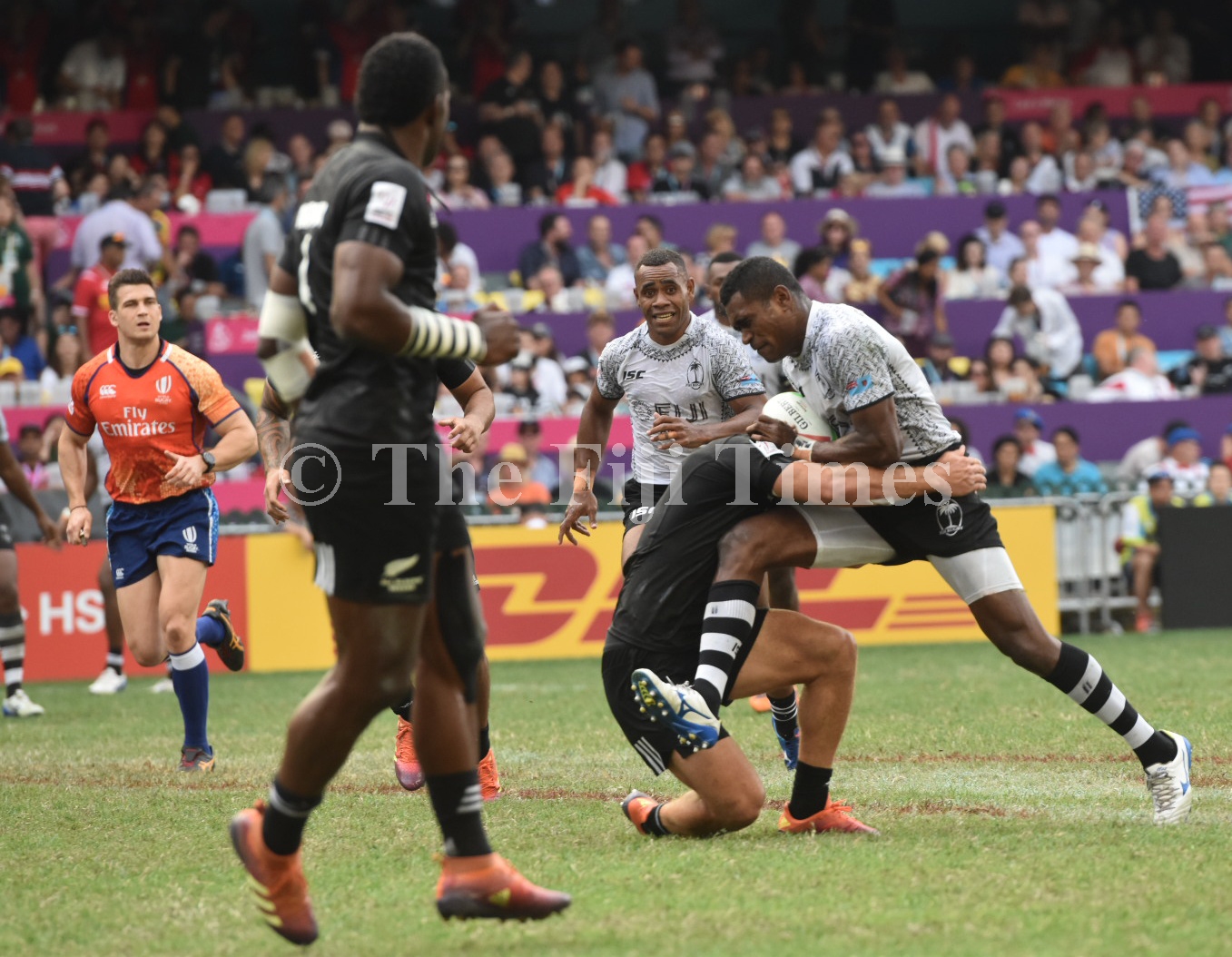 HISTORY was created at the 2019 Hong Kong 7s last night when Fiji won its fifth straight title victories after beating France 21-7 in the cup final.

And the win was much sweeter for former captain Jerry Tuwai as it was his fifth in a row, the first ever for a player in the history of the event.

The King of Sevens earlier this week had described Tuwai as his greatest sevens player.

A penalty try to France brought them back into the game at 14-7 before Tuimaba sealed the victory with his second try to give the victory 21-7.