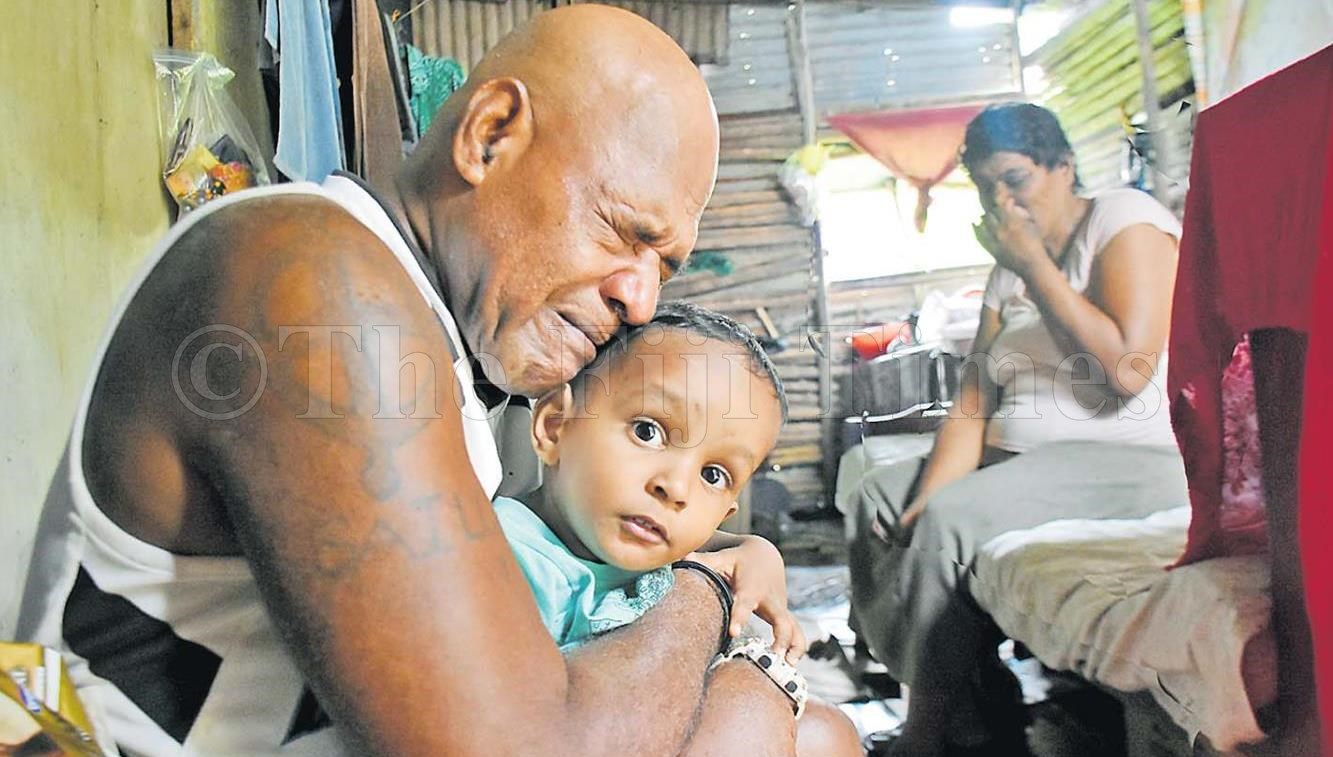 Sivaniolo Ralago in tears while he hugs his grandson Ioane Vaja, 2, while his wife Renuka Devi wipes her tears at Kalekana Settlement in Lami on Friday, April 29, 2022. Picture: ELIKI NUKUTABU

A 58-year-old security officer couldn’t stop his tears when he heard that the price of bread and biscuits as well as bus fare were increasing.

Speaking to The Fiji Times Sivaniolo Ralago, of Kalekana Settlement in Lami, said he was already finding it hard to support his family.

“I don’t know how I will support my family,” an emotional Mr Ralago said.

“My wife stays home and we look after our grandson as well. I have responsibilities on my shoulder, and looking at the way the price of  things is increasing worries me a lot.”

Mr Ralago said they had reduced their consumption of flour and rice.

“We are feeling the effects of the price rise on various food items because those are things we use regularly.”

Mr Ralago said he was more worried about the heavy toll the price increments would have on low-income earners such as himself.

“At times, I give up but I have to think about my responsibilities as a father and grandfather and I have to be strong in these trying times.”

Mr Ralogo has two daughters who are married and looking after their own families.

Fijian Competition and Consumer Commission (FCCC) chief executive officer Joel Abraham said after a review of flour prices and submissions by the manufacturers, FCCC has approved changes in the prices of bread and biscuit.