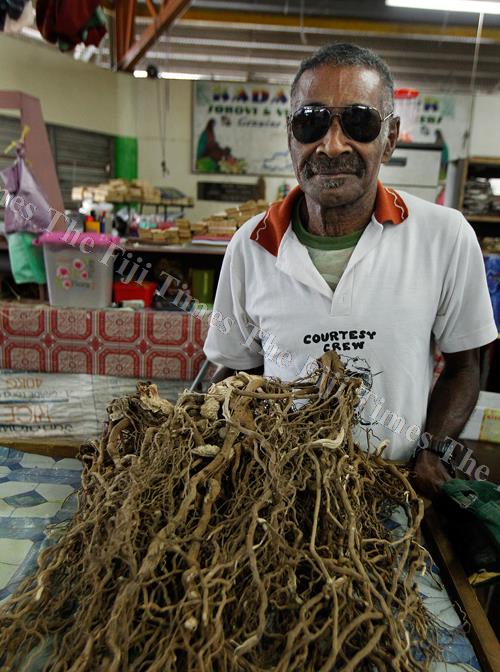 FOR more than four decades Savenaca Taganekece has been a yaqona farmer.

The 62-year-old Nasau villager from Koro in Lomaiviti began planting the root crop since he left school at the age of 17.

Despite not having a stable market, Mr Taganekece takes things as they come and he often sells his yaqona to middlemen in the village or in Suva.

“E sega ni dei na noqu makete ni yaqona, au volivolitaki vei ira mai na koro se vei ira qo e Suva (there is no steady market for my yaqona, but I sell it to those in the village and also to middlemen here in Suva),” Mr Taganekece said.

Since he started earning a living, Mr Taganekece said the price of yaqona seems to be increasing.

Mr Taganekece, who hails from one of the most devastated villages on Koro during Tropical Cyclone Winston more than two years ago, said that Winston was a blessing in disguise.

Mr Taganekece, a father to four children and grandfather to seven, said he would continue to plant and harvest yaqona because he believed the price of yaqona would increase in the future.